So, mockney celebrity chef come saviour of the health and wellbeing of the fast food nation, Sir (surely only a matter of time) Jamie Oliver is to end his 11-year partnership with Sainsbury’s. Marketing Week looks back at some of Oliver’s high and low lights pitching for Middle England’s supermarket of choice.

First, to what some might argue was the apogee of Oliver’s contribution. March 2008, and the convulsions that were to be felt from the financial crisis, and subsequent recession, were still months away. Vince Cable is afforded due credit for forecasting the tremors to come, Jamie Oliver less so. But this hyperactive, (if a tad patronising) lesson on recession-busting shopping proves that his economic prescience is undervalued.

“Don’t just eat food, taste it” says Oliver in this paean to freshly sourced foods, and sausages. The TV chef does wellington wearing country gent, amplifying his point by brandishing a fork throughout this 2010 ad, who’s going to disagree with a man armed with stainless steel?

In its positioning, Sainsbury’s looks to be all things to all people, from bargain hunters to those looking for the Finest. Its brand ambassador in chief also strained, in ads anyway, to be a friend of all. In this celebration of summer, Oliver’s panoply of personas is laid bare from lord of the barbeque to larkster in chief. Bike riding with gang of early teen boys a perfectly everyday scenario, mind.

The Oliver starring Christmas ads have become something of a festive television staple, up there with the Queen’s speech and well-worn family movies. All involved should take a particularly pronounced bow in honour of this 2008 spot starring Britain’s favourite men children. As if Oliver wasn’t enough, there’s loveable Geordie everymen, Ant! and Dec! Money in the bank.

To conclude, a celebration of Oliver and Sainsbury’s long-term backing of Comic Relief in a spot that highlights how the charity drive brings out the inner David Brent in all participating. Fun, it’s all about the fun. 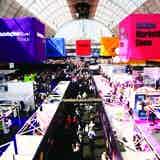 Fast and Happy: how the web is changing the world for consumers – presented by Matt Brittin, managing director UK and Ireland, Google T-Mobile’s “Life’s for sharing” campaign: compelling TV advertising, YouTube hit, word of mouth phenomenon – presented by Spencer McHugh, brand director at Everything Everywhere You are the big picture: recognising the individual […]