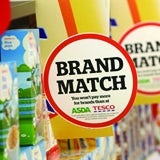 The chain claims it had 1.5 million more transactions in the final week before Christmas this year.

Sainsbury’s has outperformed analysts expectations and trumped Morrisons which reported a 0.7% increase in like-for-like sales in the six weeks to 1 January, earlier this week.

Justin King, Sainsbury’s CEO, says that while rivals have looked to increase advertising spend, Sainsbury’s has stepped away from upping investment in this area, instead choosing to “spend money where it’s most productive for customers” by investing in added value offers such as Brand Match and its Nectar loyalty scheme.

He adds that more than £100m worth of Nectar points were redeemed in the quarter, which demonstrates how much customers value the loyalty scheme and save up points during the year to spend at Christmas.

King expects shoppers to continue to spend cautiously in 2012 and rein in spending in the first quarter of the year but believes that the Queen’s Diamond Jubilee and London 2012 Olympic and Paralympic Games in the summer will provide opportunities for growth.

The better than expected performance comes despite the loss of three senior marketing figures in the past month. The latest marketer to leave Sainsbury’s is Jenny Bullis, head of marketing operations and media, who has moved to ITV.

Separately, according to the latest Kantar Worldpanel supermarket figures Brand Match helped Sainsbury’s grow its market share to 16.7% in the final 12 weeks of the year, its highest reported share since 2003.

Tesco is due to report on its Christmas performance tomorrow (12 January). 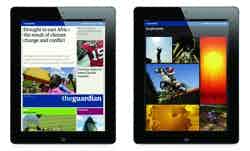 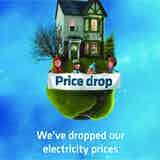 British Gas is readying a major marketing campaign after becoming the second major energy supplier to cut its prices.