The supermarket said customers redeemed £120m worth of Nectar points over the festive period, up 9 per cent year.

Speaking on a conference call with analysts, King added that customers are “really engaged” with how loyalty points can help spread the cost of the Christmas shop. He also said that Nectar is one of Sainsbury’s “unique advantages” over rivals, enabling the supermarket to use customer data to target its marketing and promotions more effectively.

King said the level of vouchering across the industry over the past 12 weeks was “unprecedented”, representing a significant step up both year on year and on historical trends. That is borne out in figures from the BRC, which show food inflation falling to 1.7 per cent in December, from 2.3 per cent the previous month, as supermarkets used discounts and promotions to lure Christmas shoppers.

Sainsbury’s commercial director, Mike Coupe, described the fourth quarter as “one of the most competitive we’ve ever seen” as the big four supermarkets face growing competition from both the discounters and high-end grocers.

Waitrose, which reported its results this morning (8 January), saw sales rise 3.1 per cent in the five weeks leading up to Christmas, compared to the 0.2 per cent like for like sales growth at Sainsbury’s over the quarter. Analysts expect Aldi and Lidl to post double-digit growth.

King argued that, while Sainsbury’s is as geographically exposed to the discounters as Tesco, its market share has been less impacted because it is less promotionally focused. For the more northern supermarkets, he said Morrisons has taken a bigger hit than Asda for the same reason, with Asda’s less promotional approach key to their ability to compete.

He said Sainsbury’s is now investing in getting more stable pricing in its business, focusing on fresh food and the quality of its own label products to help with that. He said the vast majority of promotional activity is driven by investments from branded suppliers, and its increasing own-label penetration will help to stabilise pricing.

“This was a big Christmas for own label. For a number of years own label has been leading the charge.

“Our focus on fresh food, own brand and helping customers get more for less makes them more loyal and enables us to outperform consistently,” King added. 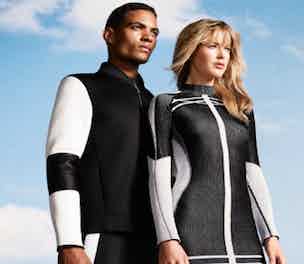 Fashion brands H&M and Primark are focusing on sportswear in a bid to tap into new year fitness trends and take a slice of the growing sportswear market. 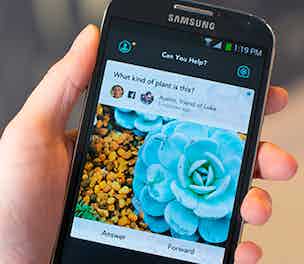 This week Twitter co-founder Biz Stone launched Jelly, a visual Q&A mobile app that allows users to ask and answer questions of their social networks using photos and drawings. While it is early days for the app in terms of scale, like its sister app Vine, marketers quick to adopt Jelly could reap sweet rewards.