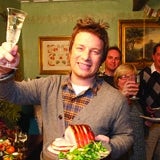 The supermarket posted a 10.1% rise in sales in the four weeks to December 25 while Tesco and Morrisons grew in line with the market at 6.9%.

Asda’s performance in December was slightly under the market average at 5.8%.

Supermarket sales grew 6.9% overall in December, compared to the previous year, but the market research firm says the pre-Christmas snow disrupted shopping and led to a 16% sales rise in the final week before Christmas.

Sainsbury’s also outperformed its Big Four rivals in the 12 weeks to Christmas with 8% growth compared to Tesco at 5.5%, Morrisons at 3.3% and Asda at 4.4%.

Asda spent more than its rivals during the three month period, spending more than £40m, compared to Sainsbury’s £25m. See below for a list of supermarket ad spend.

Mike Watkins, senior manager of retailer services at Nielsen says: “It is interesting and impressive to see such strong growths from Sainsbury’s. Initial Nielsen advertising spend data shows that the retailer spent less than its rivals on messaging in the run up to Christmas but it was clearly effective.”

“The retailer’s expansion programme that has created additional in store space, much given over to non-food merchandise, would have certainly contributed to this success in addition to the retailer’s long standing reputation in fresh food and private label quality.”

Tesco, Sainsbury’s and Morrisons are all due to report trading updates next week.