The ad follows a young girl dressed as a star nervously stepping on stage before giving the audience a predictably knock-out rendition of the New Radicals’ classic 90s song, ‘You Get What You Give’, which just so happens to fall in line with the theme of this year’s campaign: ‘We give all we’ve got for the ones we love’.

The star is joined by a group of children dressed as various festive characters and objects including baubles, turkeys, the Queen’s speech, a camel, presents, a set of fairy lights and the accompanying plug (which had a significant amount of trouble fitting into the wall socket during rehearsals).

“This year, we have set out to create an advert that captures the passion, emotion and excitement of the festive season, in a setting that’s familiar to us all, no matter how old we are,” says Laura Boothby, head of broadcast marketing at Sainsbury’s.

“Customers tell us that what matters most to them at Christmas is spending time together with family and friends and making it truly special for them, and that’s what giving all you’ve got is about.” 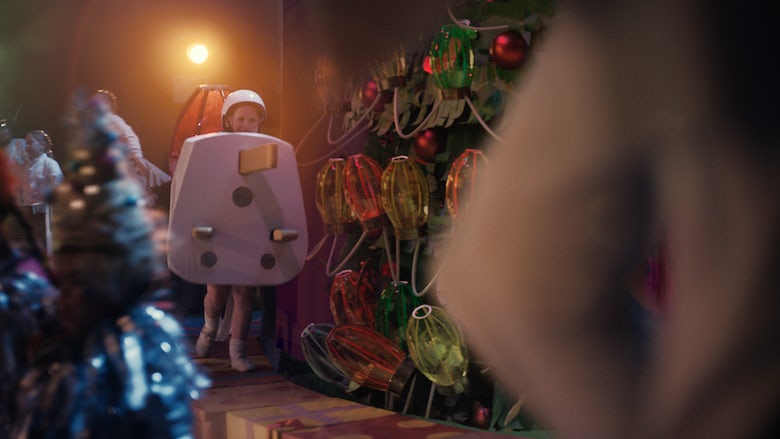 Unlike what we have seen so far from other grocery retailers including Tesco, M&S, Lidl and Asda, Sainsbury’s 120-second ad makes no mention of product or price, with the supermarket instead deciding to rely on the classic ‘feel good’ factor that is typical of Christmas ads.

Viewers will no doubt draw parallels with the Bohemian Rhapsody ad John Lewis & Partners and Waitrose & Partners debuted in September.

However, Sainsbury’s says it isn’t worried about the similarities. It has been planning its nativity-themed ad since the beginning of 2018, according to Boothby, who says there were never any plans to ditch the idea and start again once seeing its rival’s rendition.

“We started work on this back in January and the thing we were really inspired about was that every single school up and down the country is doing a nativity play. That’s what this is about,” Boothby explains.

“When John Lewis launched, it set a standard but what we’ve got is right for Sainsbury’s. I don’t think you’d question it’s from Sainsbury’s; we’ve got black and white at the beginning, there’s orange all the way through. What we’ve created is a really lovely piece of festive joy and I think that’s how people will view it.” 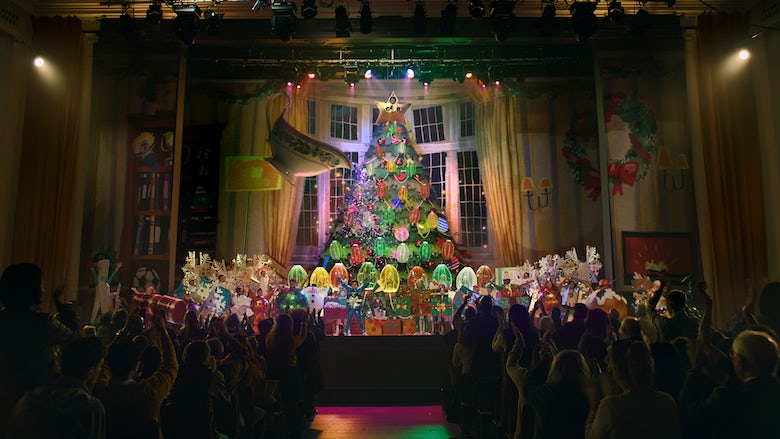 The advert, created by Wieden+Kennedy and directed by The Greatest Showman’s director Michael Gracey, will premier in a prime-time TV slot on Monday during Coronation Street on ITV.

The extended advert will roll out on all social channels earlier that morning, and the song by Tia will also be live on Spotify.

Additional food and drink TV, radio, print, digital, social and out-of-home advertising has been planned around the same message. 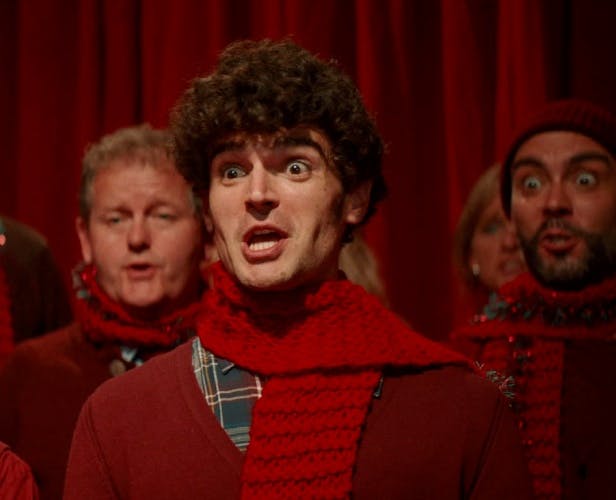