The retailer says that the move to introduce the handbag-sized format will give customers more choice and help them look up recipes while actually in-store shopping.

It adds that the format lends itself particularly well to Sainsbury’s Local, which are often smaller and have limited shelf space. The new format will be displayed in bespoke clip-on units. The monthly magazine will be available from the July issue, on sale 2 June.

Sainsbury’s magazine is published by customer engagement agency Seven Squared and costs £1.40. The new format will be available in both Sainsbury’s Local and Sainsbury’s supermarkets. It will supplement the main print run.

Sainsbury’s Magazine has a readership of more than 4 million, according to NRS average readership figures.

Keith Black, Sainsbury’s news and magazine buyer, says: “Handbag-sized has always been the obvious next step for Sainsbury’s Magazine. It has been a great success for women’s fashion magazines and we’re sure it can do the same for Sainsbury’s. With summer around the corner, we’ve timed it right to tailor the magazine to readers seeking cooking inspiration while holidaying both at home and abroad.”

Condé Nast’s Glamour was the first mass consumer title in the UK to adopt handbag-size.

The number and breadth of brands involved in Unilever’s acquisition of Sara Lee’s Personal Care and European Laundry business has sparked a market by market analysis by the European Commission (EC). 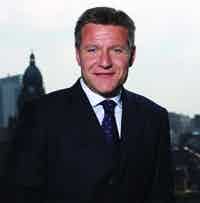