Sainsbury’s has credited its marketing investment for helping to boost sales, with its Nectar loyalty programme and “Live well for less” strapline resonating with consumers, it claims. It has posted 36 consecutive quarters of like-for-like growth, with Kantar highlighting its position as the “fastest growing” of the major supermarkets.

However, analysts widely expect that run to end some time this year as competition in the grocery market continues to rise. That poses a new challenge to incoming CEO Mike Coupe, who will take over from Justin King when he steps down in July after 10 years at the helm.

Mike Dennis, an analyst at Cantor Fitzgerald, says: “A negative like-for-like figure is coming. The challenge is in how Sainsbury’s deals with that. The market will be harder in the Coupe era than the King.”

Competition is increasingly focusing around price, with the discounters and Waitrose the only other supermarkets to outperform the wider market. Waitrose’s sales increased 5.6 per cent, boosting its market share to 4.9 per cent.

However, it was Aldi that once again saw the biggest growth, with sales up 32 per cent year on year to give it a record 4.1 per cent share of the market, followed by Lidl with 17.2 per cent growth and a market share of 3.2 per cent. Kantar Worldpanel analyst Fraser McKevitt says the discounters are gaining share as people increasingly use them for their whole weekly shop.

This is on the back of marketing campaigns such as Aldi’s “Swap and Save”, which aims to highlight the savings that can be made by switching from the big four.

“Shopper habits are evolving from using the so called ‘discounters’ to pick up a few items in between shops to them being considered an acceptable place for the weekly shopping trip,” adds McKevitt.

Overall, the UK grocery market grew by 2.4 per cent in the 12 weeks to 2 February, the lowest rate since 2005. Tesco’s sales dropped by 0.4 per cent to give it 29.2 per cent of the market, down from 30 per cent a year earlier, while Morrison’s market share dropped to 11.3 per cent after its sales fell 2.5 per cent, according to Kantar.

Grocery inflation declined to 2.1 per cent, its lowest level since July 2010, as the big four ramp up price promotions to fend off competition from the discounters. Asda launched what it claimed was its “biggest-ever January value campaign”, while Morrisons is running a “Prices nailed down to stay down” campaign and Sainsbury’s has its “Make your roast go further” campaign. 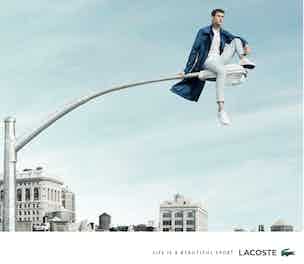 Lacoste is bringing its first ever TV ad campaign to the UK in March as it looks to boost awareness of the fashion brand and communicate its heritage to a new audience.

Start-ups are adopting the concept of the brand wingman to gain expertise and market exposure from like-minded business. 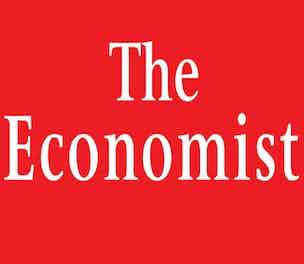 Sales of digital editions of magazines increased by 61 per cent in the second-half of 2013, according to latest industry figures.