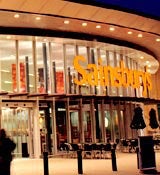 Sainsbury’s is understood to be planning a full assault on the babyfood market by launching a fresh version of its own-brand range.

Sainsbury’s executives are considering whether the range would be best placed in standalone chiller cabinets near the babyfood aisle, or whether to place it with the adult food. The move would represent a first both for a UK retailer and baby food brands, which include Heinz, Baby Organix and Cow &amp; Gate.

Manufacturers have considered the move in the past, but there has been concern that it could pose safety problems because of the bacteria found in fresh food.

The news comes as the retailer announces plans to make its whole baby food range organic and expand its range. Sainsbury’s took the decision after finding that seven out of ten consumers who buy baby food went for the organic option. It is not yet clear how the move will affect the shelf space given to other organic baby food manufacturers, but Sainsbury’s own-brand dry food is due to be scrapped to create more space. In an attempt to expand the market, the retailer is also believed to be considering extending the age range of its offering to include toddlers.