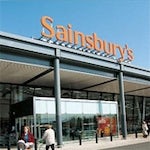 The Gloucester store, opening today, has “kinetic plates” fitted under the car park to power generators via the pressure of customers’ cars as they drive over them, among other ‘energy-saving measures.

The supermarket says the design will be influential as it pushes on with its convenience store expansion by two a week by the end of the year despite the downturn.

The day that every family does a big grocery shop and never forgets anything is gone,” she adds.

Sainsbury’s reported a 7.8% rise in its first quarter results this morning (Wednesday 17 June) compared to the same period last year. It also announced it was seeking £445m via placing of new shares and bonds to fund expansion.

The 140 year old firm currently has 500 supermarkets and 300 convenience stores.