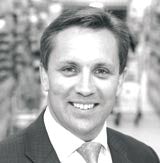 Great food at fair prices is something of an empty promise for Sainsbury’s chief executive Justin King. The supermarket’s shelves are often found to be empty, shoppers perceive it to be more expensive than some of its competitors and rivals are producing food of equal quality.

Yet King has pledged to turn around the supermarket and boost sales by &£2.5bn in three years with a strategy based on “great food at fair prices”.

It is this strategy, set out by King in a presentation to the City, that advertising agencies are now wrestling with in the hope that they can make a play for the &£45m Sainsbury’s account, held by Abbott Mead Vickers.BBDO, incumbent on the business for 25 years.

After months of speculation and numerous denials, the supermarket finally admitted last week that it is reviewing its advertising account, triggering speculation that Jamie Oliver and the tagline “Making life taste better” would be axed.

Sainsbury’s is not the only supermarket account about which there has been speculation of a review. Lowe, the agency that holds Tesco’s &£46.5m account, has suffered a spate of senior management departures, including managing director Mark Cadman, who ran the Tesco business (MW last week), and this is said to have prompted agency groups, including the WPP Group, to try to woo the retailer.

But with Tesco unlikely to make any knee-jerk reaction over the troubles at Lowe, attention will turn to Sainsbury’s. The supermarket has yet to commit itself to a full-blown pitch despite hiring agency selection specialists the Haystack Group to identify agencies capable of handling a large retail account.

Sainsbury’s director of brand communications Helen Buck, who arrived from Marks &amp; Spencer at the start of the year, where she was head of marketing and strategy for clothing (MW November 25, 2004), says: “We will only progress to a full pitch if we feel there is a worthy challenger to AMV.”

The review does not include Sainsbury’s Bank, which recently appointed Walsh Trott Chick Smith to relaunch its car insurance after a pitch against St Luke’s and AMV, incumbent on the rest of the bank’s business.

Whether or not Sainsbury’s proceeds to a pitch, it is likely that there will be significant changes to its advertising. The line “Making Life Taste Better” does not fit with King’s stated strategy as it fails to incorporate a value-for-money message – something the supermarket is working hard to get across to shoppers by reducing its prices. Furthermore, the line is restricted to food when Sainsbury’s also sells general merchandise, including clothing, and King has set a target of &£700m additional sales to come from this area over the next three years.

There is also the issue of Jamie Oliver, who many claim is a Nineties celebrity figure well past his sell-by date and is not credible when talking about price.

Steve Hastings, who used to work on Waitrose when it was at Banks Hoggins O’Shea/FCB (now FCB) and is now a partner at Isobel, says: “I think Jamie Oliver has run his course. He was used to paper over the cracks.”

Sainsbury’s admits that it has started discussions with Oliver about the renewal of his contract, which expires in May. If Oliver’s contract is renewed it could just be limited to working with Sainsbury’s new product development team, a duty which he carries out under his existing contract.

Buck says: “At this point we are looking at our relationship with AMV, not with Jamie Oliver.”

Anyway, King has other things on his mind: getting the automated depots and IT systems to work with a more simplified offer so that the issue of product availability is solved; making the supermarket more price competitive; boosting innovation and focusing the business around targets based on sales rather than margins. In its post-Christmas trading statement, green shoots were starting to appear – like-for-like sales for the four weeks to January 1 were up 2.5 per cent (down 0.4 per cent excluding petrol) compared with 2.4 per cent (down 1.2 per cent excluding petrol) for the 12 weeks to January 1, and King also claimed that there had been improvements in product availability and customer service.

But its figures pale into insignificance when compared with market-leader Tesco, which reported like-for-like sales, excluding petrol, up by 7.6 per cent for the seven weeks to January 8.

King is also trying to cut operating costs, including &£40m to be slashed from the &£240m marketing budget by 2008. More than 750 jobs are to go at head office by the end of April – with 70 from the 300-strong marketing department. Nectar, which accounts for more than half the supermarket’s marketing budget, is also under review with a decision due in October.

Mintel retail analyst Richard Perks says: “It is just too early to tell whether he will be able to turn it around.”

In reality, Sainsbury’s is unable to compete against Asda, Morrisons and Tesco on price. Even more worrying for the supermarket is Tesco’s broadening appeal – good value products appeal to all customers whatever their social grouping. At the top end of the market, Waitrose is experiencing strong sales growth with its “Quality food, honestly priced” positioning, but analysts have argued that there is insufficient demand here to support a supermarket of Sainsbury’s size as well.

King has said: “It has been argued that there’s no longer any room for a food business with our historical strengths. I disagree. For customers, the quality of the food that they eat is a real issue. You only need to read the newspaper headlines; obesity is fast becoming the major health issue. Concerns about ingredients in our food, from fat to salt and everything in-between, means that the debate on sourcing and safety is as alive as ever. It’s clear to me that demand for quality food at fair prices will only increase.”

Verdict Research chairman Richard Hyman says: “I think that the health issue is a good battleground for Sainsbury’s. People are becoming much more conscious about their health and are a bit more affluent. This means that they are prepared to spend more money on a healthy lifestyle and that plays to Sainsbury’s customers.”

He adds that having a good strategy is not enough, and that it must be executed in store: “It’s imperative that the advertising is reflected in the shopping experience.”

Hyman says the supermarket is not a “basket case”, but the business must “time travel” from the late Eighties to catch up with the store environment, innovation record and customer care standards set by Tesco.

Unless King manages this task within the next few months, he may just find that Sainsbury’s becomes the target of a number of stock market predators.