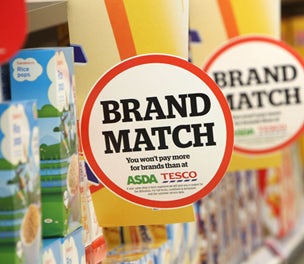 Brand Match matches the price of branded goods at Asda or Tesco on shopping spend over £20, offering people a coupon for the difference if they could have got the shop cheaper elsewhere. Recent TV ads for the service show various people shopping, with the screen split three ways to indicate the supermarkets Sainsbury’s, Tesco and Asda.

A voice-over says: “Deals. Everywhere aren’t they? But wouldn’t it be nice if we didn’t have to go everywhere to get them. That’s why Sainsbury’s Brand Match matches comparable branded deals at Tesco and Asda. So spend £20 or more and we’ll tot up the prices of brands in your baskets and if you could have paid less at Tesco or Asda, even because of a deal, we’ll give you a coupon for the difference. Which means you still get those deals you love, just now in one place.”

Two viewers complained about the ad based on the fact that as Brand Match compares the total cost of a branded shop, any coupon for the difference would be reduced if products on offer at Sainsbury’s were most expensive at Asda or Tesco. This would mean that customers still need to shop around to get the best deal.

The ASA upheld the complaints, calling the ads misleading and banning them from further broadcast in their current format.

The ruling is a blow to Sainsbury’s, which has been pushing the service for the past year. Sainsbury’s sees the campaign as hugely important, helping to address the legacy perception that the chain is more expensive than its rivals and boost sales.

It has also been involved in a spat with Tesco over the veracity of its price matching scheme and ads for it. Tesco’s “Price Promise” compares both branded and own-brand products, offering a coupon for the difference if they could have shopped for cheaper elsewhere.

Sainsbury’s made a complaint to the ASA, arguing that Tesco misled the public because its own brand products are superior in quality. However, the ASA rejected the complaint, saying it was “satisfied” Tesco had taken into account those differences when creating the advert.

Nevertheless, Sainsbury’s intensified its attack on Tesco, launching a campaign trumpeting the transparency of its own scheme.

Sainsbury’s says it is “disappointed” with the ASA’s latest ruling, but will change the wording of the ads to reflect the decision.

“We are disappointed with the ASA’s ruling since we don’t feel their approach accurately reflects the way that customers shop in the real world. We are confident that the millions of customers who benefit from the scheme each month fully understand how Brand Match works.” 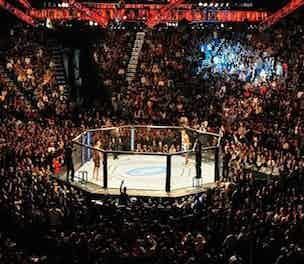