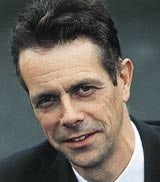 The battle for Safeway has captured so much attention because it has been heralded as the last great acquisition opportunity in the UK grocery industry. In fact the endgame in UK food retailing has barely begun.

Now that the Competition Commission has effectively levelled the UK food retailing landscape to four key players, each with grocery market shares of 14 to 24 per cent, the basis of competition between the multiples could be set to change fundamentally.

Between 1980 and the mid-Nineties competition between the major supermarket chains was a game of copycat strategies, with the big operators seeking to match each other on store location, price, quality, product range, convenience/service and store ambience. The end result was that you could walk into any UK supermarket and be hard-pressed to know which one you were in.

With all the food retailers being virtually identical, the basis of competition became much more focused on price alone, a process culminating with Wal-Mart’s takeover of Asda in 1999. Asda cut loose from the industry’s convergent competitive pattern and started to make a quantum leap in price reduction with its everyday-low-prices (EDLP) initiative. This was no tactical price gimmick funded from Wal-Mart’s ivory tower in Bentonville to impress the Brits; it represented the re-engineering of the whole value proposition for the UK food consumer, because the other supermarkets chose to follow Asda on price.

Lower food prices have, of course, been partly achieved through the food manufacturers improving their operational efficiencies. But additionally, supermarket demand for lower retail prices has forced manufacturers to embark on the slippery slope of reducing quality and food integrity. As a consequence, a dangerous deterioration in the nation’s eating habits has begun. Products are watered down, padded out with bulking agents or propped up with a chemistry set of stabilisers, colourings and flavour enhancers. Meanwhile, severely compromised animal welfare is thrown in for good measure. The apparent apathy of the UK consumer towards food standards only lends credence to the supermarkets’ justification of the re-engineered quality levels with the cry that they are only delivering what the punters want – low prices. The multiples also parade their showcase sub-brands – Finest, Taste The Difference, The Best, and Extra Special – to affirm their interest in offering quality to consumers, while giving shoppers the clear choice of whether to pay for it. These ranges therefore become the justification for the downward quality/price spiral in the rest of the grocery offer.

It is this issue that may hold the key to the future competitive arena for the UK food industry. Will the dominance of price reduction as a competitive strategy be followed by all the major supermarket groups to the detriment of our eating experiences, or will there be a player bold enough to take the high ground and compete on superior quality?

On a small scale, Waitrose in the South and Booths in the North have been delivering stellar performances by excelling primarily on product quality. The question is: will any of the big four find a way to translate this success profitably and on a mass-market scale?

Sainsbury’s seems best positioned to draw a line in the sand and become the standard bearer for UK consumers. It still has an enviable reputation for quality, and playing to one’s strengths is strategically attractive – as Asda found when it returned to its roots as a price-led retailer.

Already the right noises have been made with Sir Peter Davis publicly stating that consumers will give Sainsbury’s permission to be dearer, if the rest of the retail offer is right. Cynics would argue that this is an inevitable response because, to match Tesco and Asda on headline prices, Sainsbury’s would have to plough virtually all its operating profit into price subsidy.

If pure price cutting sounds like a nightmare option, a slow and painful death by what business commentator Michael Porter would describe as being “stuck in the middle” appears just as bad: losing out to competitors with more clearly defined strategies either as low-cost operators or as differentiated players.

For supermarkets to differentiate clearly on quality would be a long-term game, but last time round it led to Sainsbury’s providing outstanding shareholder returns for about 100 years. It would also take at least five years to bear fruit, which the City might find challenging when the valiant efforts of the past three years have yet to deliver.

This is a classic example of where the City needs to bury its short-termism in the interests of the best long-term outcome for shareholders.

To take the high ground on quality differentiation, Sainsbury’s would have to do nothing less than redefine the value proposition in UK food retailing. Indeed it is the monstrously manipulated term “value” that is at the heart of this whole debate. What many UK consumers appear to have forgotten is that value is an equation involving both quality and price.

Nobody is better placed than Sainsbury’s to demonstrate that more expensive food can be extraordinary value if the quality is demonstrably and consistently better. Apart perhaps from Waitrose, which would once again have some serious competition at the top end. The result would be a brave new world of polarised value strategies in the grocery sector, with price-led multiples on the one hand competing to deliver as much shareholder value as quality-led operators on the other.