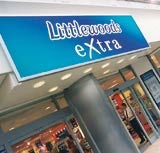 GUS, which owns Argos, has sold its home-shopping business, including brands such as Great Universal, Kays and Marshall Ward, to the Barclay brothers, owners of the Littlewoods catalogue. The move triggers a review of the business and throws into doubt the future of GUS’s 200-strong catalogue marketing team, headed by marketing director Clive Briscoe.

The &£590m deal follows a period of upheaval for GUS’s home-shopping division, which has just been restructured with the loss of 60 marketing jobs.

A spokeswoman for the new owners admits that, although all the staff will initially be retained, there will eventually be some job losses.

The new owners will review the catalogues and determine how they can be repositioned so that there is no overlap with their current brands, Littlewoods and Littlewoods Extra. Argos Additions, which will be renamed Additions and cease to be distributed in Argos stores from the start of next year, could face the chop as it is understood that it is unprofitable.

The business will trade separately from the Littlewoods business through a Barclay brothers company called March UK, pending the outcome of a referral of the deal to the Office of Fair Trading. A merger of Littlewoods’ home-shopping business with the GUS catalogues would result in a company with a 30 per cent market share.