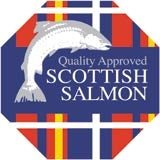 Scottish Quality Salmon, the quality assurance mark for farmed salmon, is launching a campaign to win back consumer confidence following months of bad press about the effects of eating farmed salmon.

The campaign, which launches on July 9, will have two phases and will continue throughout the summer. The first phase, which has been created by Spirit Advertising, and will focus on reassuring customers about the welfare of farmed salmon and its effect on the environment.

The national press campaign has been partly funded by the Crown Estate, which owns the sea-bed that the salmon farmers use.

The second phase, which will be partly funded by the Scottish Executive, will also be a print campaign and will use the women’s press. It will focus on the quality of farmed salmon and its health benefits.

Scottish Quality Salmon has yet to appoint an agency to create the campaign, which will launch later in the year.

The Scottish salmon farmers had a tough start to the year after a report by the US journal Science suggested that eating more than three portions of salmon a year could increase the risk of developing cancer.

The magazine also claimed that high levels of toxic chemicals were found in the fish.