In February 2014, Samsung announced a brand marketing platform ‘Launching People’- a TV platform where stars would mentor undiscovered talent in the worlds of film, music, food and photography. Russell Taylor the Samsung Electronics UK vice president of corporate marketing told Marketing Week at the time that the campaign was a bid to make Samsung ‘the most loved brand’ in the UK.

Samsung had a successful year by the end of its fourth quarter in 2013 as it had sold 32 million smartphones with 32.3 % market share of the global market, but many consumers were still unfamiliar with the brand story, according to Taylor.

One year later consumer perception of the brand appears high, but it has lost some ground.

Samsung’s consumer perception has fallen in the past year according to YouGov’s BrandIndex. The brand’s ‘buzz’ – a metric that looks at the amount of positive or negative things a consumer has heard in the past two weeks, has fallen to 4.9 from 13.9 a change of 9.0 points. The brand now comes second after Apple, who has increased its score by 0.5 to 10.1.

Samsung’s ‘index score’ – which looks at overall brand health and measures consumer perception of quality, satisfaction and reputation, has fallen to 32 points from 37.8, a change in score of 5.9. Although it still holds the top spot amongst brands such as Apple, Sony and HTC. Sony has recently seen a rise of 4.5, while Apple and HTC have also dropped by 2.5 and 3.7 respectively.

Ben Woods, CCS Insight’s chief of research for mobile, told Marketing Week that despite Samsung’s strength as an electronics brand, it lost an opportunity to engage consumers when it released its flagship smartphone, the Galaxy S5, in April 2014.

Samsung has a huge budget for marketing to keep its position as a top brand. In 2013 alone the brand’s marketing budget was reported to be $14bn according to a Reuters report. Yet, marketing executives with the brand had some trouble over the year, with the global marketing boss changing twice over the fourth quarter.

Woods told Marketing Week that for Samsung’s upcoming phone, the Galaxy S6, to become successful Samsung needs to articulate the brand value through its marketing rather than focusing on its technological offerings.

“The brand struggles with emotional engagement. It has to move beyond the technology even though it has brilliant engineering capabilities and it needs to begin talking about touch, curves and materials of the product to make it desirable,” says Woods.

Samsung’s head of strategic marketing for mobile, Kim Seok-pil, will be stepping down from his role after just over a month. 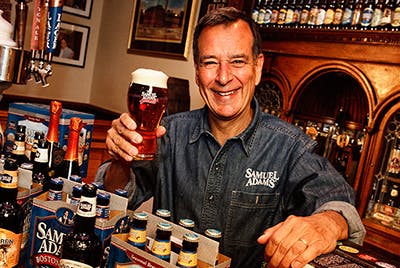