At a presentation of its Smart TV sets, Samsung’s UK vice-president of consumer electronics Andy Griffiths told Marketing Week that he expected news organisations to consider TV as the next platform for a newspaper-like product, following the success of newspaper iPad apps.

“I think there will be a rush of that stuff. Publishing houses are coming to us with ideas for apps for TV,” he says.

Future Publishing is already working with Samsung, and the company is in discussions with News International and the Financial Times about developing apps for its tablet product the GalaxyTab, which launches on 1 November.

Newspapers are increasingly looking to tablets as a way of creating additional revenue streams and increasing reader numbers, with many titles launching an iPad app this year. The FT’s app has created £1m in revenue for the publication, while The Sun recently launched a paid-for Bizarre entertainment app ahead of introducing a full online paywall.

This week, The Mirror suggested it might consider a price point for “high value” content such as sport and entertainment. The paper currently has a Mirror Football iPad app.

Griffiths also suggested it would be looking at a range of revenue models for its TV apps, depending on the partner.

Samsung’s Smart TV launch saw the electronics brand invite developers and content providers to create embedded apps for its new range of sets. The TV apps work in the same way as smartphone and tablet apps with touchscreen technology. Or they can be used in the same way as a remote and interact with Samsung’s suite of “smart” products. 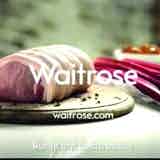 Waitrose has been rapped by the Advertising Standards Authority (ASA) for making misleading claims about the welfare of pigs reared for Waitrose pork. 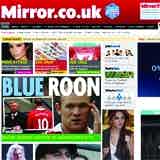