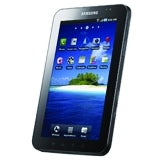 The electronics company is the first to run display advertising on the video platform’s mobile site, m.youtube.com.

Released this week (1 November), Samsung’s Galaxy Tab has been heralded as the first major contender to Apple’s iPhone.

A wraparound on London’s Evening Standard on the 4 November will feature the screen of the Galaxy Tab on the front cover, with editorial incorporated within the tablet’s screen.

The Galaxy Tab strapline “Life without limits” will appear across all campaigns.

Gabby Hegerty, head of digital Samsung Electronics UK & Ireland, says: “I’m delighted that we’re the first brand in the UK to be using YouTube’s mobile site as a way to engage our audience. It is a channel that will no doubt become one of the UK’s leading mobile advertising platforms,” she adds.

According to Google, the YouTube mobile site receives around 100 million video playbacks per day, with over an hour of footage uploaded to YouTube from a mobile device each minute.