The announcement follows Sony’s decision to sell its Vaio laptop business in February this year, a move – alongside the restructuring of its TV division – that resulted in around 5,000 job losses. Toshiba also recently announced plans to cut back on manufacturing consumer laptops in favour of making computers for businesses.

A Samsung spokeswoman said: “We quickly adapt to market needs and demands. In Europe, we will be discontinuing sales of laptops including Chromebooks for now.

“This is specific to the region – and is not necessarily reflective of conditions in other markets. We will continue to thoroughly evaluate market conditions and will make further adjustments to maintain our competitiveness in emerging PC categories.”

Samsung does not even feature in research firm Gartner’s top five PC vendor market share rankings in the EMEA region for the second quarter of this year. Gartner predicts the market will continue to be led by HP, with a 27.7 per cent market share, closely followed by Dell with a 26 per cent share of sales in the quarter.

Separate figures from research company IDC forecast total portable PC shipments in mature markets will grow from just 82.2 million in 2013 to 82.8 million this year. By 2018 IDC predicts that number will fall to 80.4 million as consumers opt for smartphones and tablets.

IDC’s vice president of worldwide PC trackers Loren Loverde said when the data was released in June that to return to growth the PC industry will need to accelerate the shift to lower-cost, thin and touch-based designs.

The majority of Samsung’s above the line marketing in recent months has focused on its more popular smartphone and tablet devices. Last week it launched a £10m campaign featuring Lily Allen to launch its Galaxy Alpha handset. 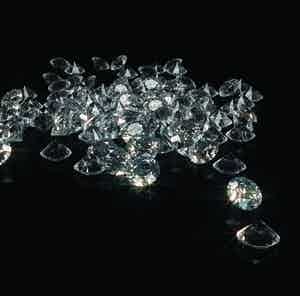 Innovation has helped Apple overtake Google to become the world’s most valuable brand. MaryLou Costa picks over the winners and losers in the annual rankings compiled by BrandZ.