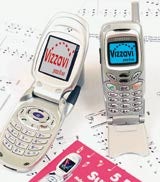 Pearce, a former group managing director at Grey Worldwide London will retain his existing responsibilities as client services director for Cheil Communications, a subsidiary of Samsung, but will absorb the marketing responsibilities. The decision has yet to be formerly announced.

The move follows the appointment of Paul Hartridge to the newly created role of managing director of the division last December. His remit was to strengthen the brand and its products across brown goods and home appliances.

The consumer electronics division is focusing on brown goods over the next year and will launch a range of products including large LCD screens and conventional television sets with hard-drive capability. It will also be launching ranges of microwaves, fridges and vacuum cleaners.

Hartridge is keen to leverage the success of Samsung’s mobile phone and IT businesses and extend their reputations as innovators across the whole company.

Samsung is the number one business in South Korea, having over taken Hyundai Group. It is in better shape than many of its competitors in the electronics market after being forced to reduce its debt and shed non-core operations during the economic crisis in South Korea at the end of the Nineties. The electronics division is now its flagship division.