For those “bored” as they waited for the life-threatening cyclone to reach the east coast of the US, American Apparel was on hand to quell the tedium.

The clothing retailer sent out an email shot on Monday (29 October) offering customers in nine eastern states 20 per cent off all its products for the following 36 hours. “Just enter SANDYSALE” at checkout, the advert cheerfully chirped.

The email blast was met with a fiery response on Twitter, with some users calling for a boycott of the stores due to the insensitivity of the campaign.

When US fashion news site Fashionista contacted American Apparel for comment, the retailer said it never meant to offend anyone and that its email “came from a good place” – whatever that is supposed to mean.

A spokesperson continued the justification: “retail stores are the lifeline of a brand like ours so when they are closed, we need to come up with ways to make up for that lost revenue. People forget how expensive it is to run a Made in USA brand like American Apparel and if we made a mistake here it came from the good place of trying to keep the machine going-for the sake of our employees and stakeholders.”

Our hearts bleed for them. And because consumers are so sympathetic towards the “good place” that is American Apparel, it must have been of tremendous relief when the company tweeted on 30 October: “Our staff are safe and our stores are back on track in NY. Come visit us in Williamsburg, Carroll Gardens & Columbus Circle. Open until 9pm.”

Dov Charney, American Apparel’s CEO, appeared to have had a compassion bypass when speaking to Business Week about the issue, saying: “People shopped on it. We generated tens of thousands of dollars from the sale, but we’ll probably lose a million dollars from [the storm] at a minimum. We’re here to sell clothing. I’m sleeping well at night knowing this was not a serious matter.”

American Apparel wasn’t alone in having a cack-handed approach to timing and empathy. On the same day as the excruciating email shot, Gap sent out this tacky tweet: “All impacted by #Sandy, stay safe! We’ll be doing lots of Gap.com shopping today. How about you? 4sq.com/QPVDT9”.

When the tweet was met with the inevitable backlash it tried to justify its actions with this follow up: “To all impacted by #Sandy, stay safe. Our check-in and tweet earlier were only meant to remind all to keep safe and indoors.”

Pat on head for effort there Pinocchio, sorry, I mean Gap.

The slip ups this week are reminiscent of Habitat’s infamous 2009 #fail when an “intern” hijacked all the trending hashtags – including one related to election protests in Iran – to send out promotional messages, or last year when clothing designer Kenneth Cole made the brash suggestion via tweet that the Cairo uprisings were because its new spring collection was available online.

Such instances serve to highlight that brands still are not appreciating the weight of their seemingly innocuous 140-character messages or quick fire email pushes.
Social media should be treated as seriously as any other marketing campaign. Death and destruction aren’t suitable springboards for a TV ad or a press push, so brands should never assume that it’s suitable for that irreverent social media or email channel.

Social media is about engaging a community and generally a community that is so impassioned about a brand they’re willing to associate themselves as a “fan” of it. This week’s Sandy social media storm has served as another reminder that brands should not patronise or, worse still, insult them with silly throwaway promo messages, as their communities are worth far more to them than that. 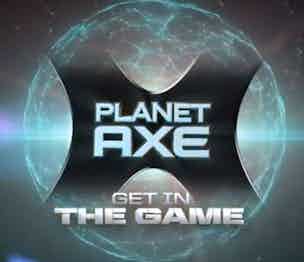 Unilever is plotting the launch of a social gaming platform called Planet Lynx that aims to build deeper engagement between its Lynx brand and its young male target audience.

Barack Obama and Mitt Romney have campaigned for the US presidency on the basis of two very different visions, with the former running under the slogan ‘Forward’ and Romney using ‘Believe in America’. But despite the differences between their political ideas, both men have remained closely tied in the polls ahead of the election on 6 November.