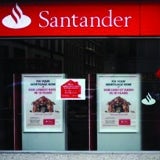 Botín joined Banco Santander in 1988 after seven years at JP Morgan. She is a member of Banco Santander’s board of directors and its executive committee.

She is also the daughter of group chairman Emilio Botín.

Santander confirmed that it is to float a stake of up to 25% of its UK business last week, ahead of Horta-Osario’s resignation announcement.

The bank bought Abbey National in 2004 and rebranded it under the Santander name in January this year. The Spanish bank also acquired Alliance & Leicester in 2008 and the savings and branch network of Bradford & Bingley.

It is in the process of buying 318 of the Royal Bank of Scotland’s high street branches.

Botín says: “I am taking on the challenge with great enthusiasm. Santander is already a leader in UK banking. With the cooperation of our entire team, I am sure we will be the best bank in the U.K., benefitting our shareholders, our customers and our employees.”