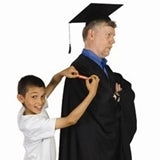 Save the Children, one of the country’s biggest charities, is embarking on what it claims is the first mass-market charity campaign in the UK to use MMS and user-generated content from mobile phones.

Called Ouch, the campaign launches next week and will be backed by a wide range of offline promotions. It aims to highlight the issue of expensive healthcare provision, which it says has resulted in the deaths of 250,000 children across Africa because their parents can’t afford to pay for cover.

The campaign, which is set to climax at this year’s G8 Summit in Russia in July, was devised and created by Monkey Communications.

The campaign will include postcards inserted in the Metro free newspaper, content on digital screens across ten major London railway stations, as well as online advertising on portals including AOL, Guardian Unlimited and MSN.

Save the Children’s Ouch postcards will also come with a branded sticking plaster, with the challenge “Where will you stick yours?” The public will be asked to stick the plaster, bearing the Ouch logo, in a prominent position on themselves and send in a picture of them wearing it, by texting “Ouch” to the shortcode 88600. The images will then be included in an online gallery and the best ones will be projected onto buildings across London.