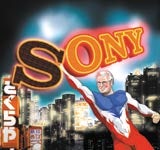 Japanese electronics and entertainment giant Sony has appointed its head of US operations, Sir Howard Stringer – a famed deal-maker and hatchet man – to reinvent the company and rediscover its lost potential.

A Welshman who spent 30 years in the US as a television news producer, Stringer will be the first “gaijin” – foreigner – to run the company as chairman and chief executive.

After a bloody succession battle last week, Nobuyuki Idei, the one-time advertising and marketing boss who has led Sony Corporation over the past ten years, will step down. At 67 years old, his retirement was due. Even so, he and six other board members are resigning to be replaced by a three-man team. With Stringer at the top of the company will be Ryogi Chubachi, head of manufacturing, and finance chief Katsumi Ihara, who turned around the Sony Ericsson mobile phones division.

Some believe that Idei’s vision of the Sony brand has failed to deliver and the appointment of Stringer signals a move back to basics. The Welshman will cut further swathes of jobs and bureaucracy from Sony’s bloated corporate structure, and try to recapture the essence of Sony’s one-time status as the world’s leading electronics brand.

Caught on the back foot

Once the world’s undisputed leader in entertainment electronics, Sony has slipped in its core markets while others have raced ahead. The Sony Walkman, launched in 1979, gave it “ownership” of portable music, but the sector it created has been invaded by Apple’s iPod.

In televisions, Sony was synonymous with the cathode ray tube colour TV, launching the Sony Trinitron in 1968 and dominating the sector for many years. But again it has failed to keep abreast of developments and was taken by surprise by flat-screen technology – the plasma and liquid crystal display screens – that have driven TV sales in recent years. Intense price pressure – with 30 per cent deflation a year in the price of flat-screen TVs – has hit the whole market, but as a premium brand Sony has suffered more than its competitors.

Samsung, Sony’s Korean arch-rival, has been selling flat-screen TVs more cheaply than Sony and has created a strong brand that unites a reputation for quality with popular design. This has helped it build sales strongly in the past five years across consumer electronics and mobile phones.

Many are surprised that Sony group executive deputy president Ken Kutaragi, who developed the Sony PlayStation as a separate business, was sidelined in last week’s shake-up. A maverick innovator with a strong track record, he seems just the sort of madcap inventor Sony needs at the top. But Kutaragi was associated with the former management and its failures and hence had to go. However, he retains his role as president of Sony Computer Entertainment.

But profits are in decline, falling to $851m (£445m) from $978m (£511m) over the same period (Hoover’s Company Records). With average margins at a wafer thin 1.2 per cent – compared with the ten per cent it achieved in the Nineties – Sony’s circuit board needs serious rewiring.

Idei introduced a restructuring programme in 1999, and another in 2003 following the “Sony Shock”, when the company announced results well below expectations. But slashing jobs and closing factories, while at the same time investing in new semi-conductor technology, has failed to pay dividends so far. Stringer is expected to accelerate the process along the lines of changes he introduced in the US (he cut 9,000 jobs in an attempt to save $700m (£365m) a year). He also struck two huge entertainment deals, buying MGM Studios and merging Sony Music with Bertelsmann AG to create Sony BMG, the world’s second-largest music company.

One Sony rival compares Sony’s worldwide problems to those experienced by Marks &amp; Spencer in the mid-Nineties, when the chain’s management failed to notice new market trends, and were blinded by the company’s previous success. Stringer himself has conceded that Sony has become “complacent”.

Having successful products such as the PlayStation and powerful music and film studio interests has led its management to pay scant attention to other areas such as consumer electronics. The rival says: “The appointment of Stringer is a reaction to how quickly you fall foul if you take your eye off the ball. Sony has not taken opportunities and made investments in key technologies; there was a certain amount of arrogance in its operation and this has led to complacency.”

A source close to the company says the central problem stems from the time Idei became president and chief operating officer in 1995 and set out a new direction for the business. The future Idei outlined was all about convergence. Sony had expanded into film and music production, it was making mobile phones, and was at the cusp of the dot-com era, so the idea of creating a company that would bring together content, hardware and communications seemed to be a powerful new direction.

“Idei had a vision but he didn’t pull it off,” says the observer. “The problem was piecing the vision together. Convergence sounds good for analysts, and it works in slide presentations, but there wasn’t a consumer out there saying: ‘Can you put all these things together for me?’ It was a company point of view that Sony was hoping to make stick in the market.”

The structure of the company has also worked against making the convergence vision a reality, the observer believes. With staff bonuses related to sales in their own product areas, there has been little impetus to think in a joined-up way. The “silo” mentality is one area that Stringer will have to tackle, and it seems this is high on his to-do list. Last week he said: “Sony has an unparalleled legacy of boldness, innovation and leadership around the world. We look forward to joining our twin pillars of engineering and technology with our commanding presence in entertainment and content creation to deliver the most advanced devices and forms of entertainment to the consumer.”

According to Sony Europe senior vice- president for communications David Patton, the new management team will accelerate the changes put in place by Idei.

And he adds: “Howard’s first step is to bring the two sides of the company together: the entertainment and technology arms. There is an acknowledgement that they haven’t worked as closely as they should have done, and perhaps that has led to missed opportunities. And Sony has not responded to changes in consumer lifestyles as quickly as it should have done.

“But it would be foolish to underestimate Sony’s passion to create change. What Howard will do is rekindle the maverick spirit in Sony that has perhaps lain dormant.”

Patton believes there is much to build on, with a lot of positive news emanating from Sony. “We have got a lot to shout about,” he says. He cites the PSP (PlayStation Portable) handheld gaming device billed as “the Walkman for the 21st century” launching in the US this year and eventually coming to Europe.

The next generation PlayStation is coming too, and is likely to be powered by the “cell” technology that Sony has developed with IBM and Toshiba. It is billed as “a supercomputer on a chip”, and its performance should reach ten times that of existing PC processors and will enhance the experience of a range of Sony products. In the US, Patton points to strong entertainment brands Sony Pictures and the Sony BMG music group; Sony Ericsson mobile phone venture is growing; and there is “continued momentum” for the Walkman with the new W800 mobile phone/music player. He also trumpets the launch of the Sony Connect music and video downloading service.

Another insider says Sony is run in effect by engineers and salesmen, meaning that there is little marketing vision and insufficient emphasis on brand-building.

Still, Sony has just announced that it is rolling out its US strapline “Like.No.Other”, created by US agency Young &amp; Rubicam. This will replace the line “You make it a Sony”, created by Fallon in the UK, which has run in Europe. The new line is intended partly as a wake-up call to Sony staff, to remind them just what the brand stands for.

Part of Sony’s problem stems from the premium nature of its brand. It is more expensive than many rivals, though its products are often of superior quality and specification. However, many believe the products are only marginally better, and not sufficiently superior to justify the premium charged. Observers say the challenge for Sony, if it is to compete against cheaper rivals, is to improve perceptions of its quality and introduce market-breaking technologies, as it did with the Walkman. 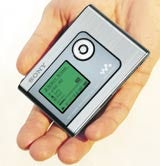 Another consequence of Sony’s perceived “arrogance” could be its failure to back the right formats in new technologies. For example, it lost out with the Betamax video format to rivals backing the cheaper and inferior VHS standard.

There are concerns the same could happen with the new high-definition DVD player/ recorder format. Sony is promoting the Blu-Ray system against Toshiba’s and NEC’s rival technology. Paramount Pictures, Universal Studios and Warner Bros have signed agreements with Toshiba. Sony has endorsements from The Walt Disney Company, Fox Entertainment Group and Sony Pictures – its own studios – on side. But last week it received a boost when Apple confirmed it would join the Blu-Ray consortium. The outcome of this battle will be pivotal to Stringer’s success in reinvigorating Sony.

Some see the diverse nature and sheer size of Sony’s operations as part of the problem – it is hard to come up with a unifying strategy across so many disparate elements. But if Stringer manages to re-ignite the spark behind the Sony brand, it will demonstrate to Japan’s corporations that bringing in outsiders to breathe new life into their companies could be just what they need.

1955 The company launches one of the first transistor radios

1958 The company’s name is changed to Sony Corporation (a mix of ‘sonus’, the Latin word for sound, and ‘sonny’ meaning little man)

1960 Sony Corporation of America establishes in the US. It soon becomes Sony Electronics, and launches the world’s first transistor television – the TV8-301

1966 The Sony Building in Ginza, Tokyo, is opened

1968 Sony launches the Trinitron colour TV, the KV-1310. Sony (UK) is established, as is CBS/Sony Records, a 50-50 joint venture with US music company CBS

1995 Basic specifications of a new industry format for high-density optical disc is finalised by Sony, including the new format name, DVD. Sony China is established

2002 Sony absorbs AIWA through a merger