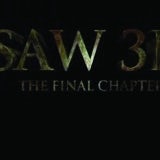 The Advertising Standards Authority has slapped a post-watershed restriction on an ad for horror film Saw 3D following a child’s complaint that it was “distressing”.

The 3D ad, created by film studio Lions Gate, featured people screaming and reaching towards the viewer, circular saw blades flying over people in a cinema, and a woman tied between rail tracks as a vehicle moves towards the viewer.

The complainant says that the ad, which aired at 8:29pm during The Gadget Show on Channel 5, was “distressing and inappropriately scheduled”.

The ad had originally been cleared by Clearcast to be shown after 7:30pm, which it believes is appropriate.

Clearcast has argued that anyone watching television after 7.30pm would be able to make the distinction that the ad was for a film and therefore clearly based in fantasy. The vetting body added that the ad did not show scenes of injury or death.

The ASA ruled that the 7.30pm restriction was not sufficient as the ad linked scenes from a film based in fantasy with a “recognisably real situation” and was likely to cause distress to young children.

The ad must not be broadcast again in its current form before 9pm.