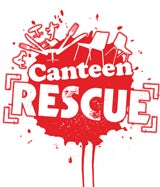 It has appointed independent agency Spinnaker to manage the new campaign, which will form part of its youth facing ‘Get Real’ initiative and sets out to address the school canteen environment from the perspective of pupils.

The focal point of the new campaign will be a canteen makeover competition, Canteen Rescue. This will sit alongside the existing content of the Get Real website.
It will run from February 2010 and will encourage schools to submit entries demonstrating how they would like to improve their canteen.

A communication strategy will target teachers via direct mail and email, encouraging them to get their schools to enter Canteen Rescue and to alert their pupils to the site. Pupils will also be made aware of the campaign via social media, press advertising, PR and in-school posters. Additionally, there will be a campaign website entitled ‘Canteen Rescue’

The body, which is a partner of the Government’s Change4Life anti-obesity initiative, hopes that by showing students how they can take ownership of their canteen environment, more of them will choose to eat there – increasing school meal uptake.

Luffa Khnom, campaign manager, at the School Food Trust says: “This is a very exciting and important initiative for the School Food Trust as we know that the canteen environment has a very clear impact upon school lunch uptake. Spinnaker impressed us with their understanding of the issues and the wider school meal agenda and came up some very strong ideas – we are delighted they are on board.”

Last year, the School Food Trust launched a national education push aimed at teaching schools and caterers how to market healthy school meals to students.
It enlisted Olympic silver and world gold medallist Colin Jackson to act as its ambassador.

Among the many footballing clichés pithily describing the dilemma of putative England captain John Terry my favourite is “own goal”.

If you are reading this, you don’t need convincing of the value that data can have for marketing. Even so, you are in the minority – as a recent survey shows (see below), some three quarters of decision makers have not increased their reliance on database marketing to cope with the downturn. 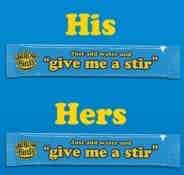