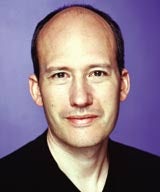 Ofcom’s decision to award the Plymouth local FM licence to Australian bank Macquarie is likely to furrow a few brows in the commercial radio market. The announcement not only gives a second foreign operator a foothold in the local radio market – Ofcom awarded the Solent FM licence to Canadian group CanWest in September – but will also mark the return of Tim Schoonmaker, the former chief executive of EMAP Performance, to the industry.

Marketing Week revealed last summer that Schoonmaker, who abruptly left EMAP in early 2004, was planning to return to the radio industry as a local partner for a foreign investor (MW August 4, 2005). He is now chairman of Radio UK Holdings, the company that Macquarie has formed to run its UK radio interests.

The win follows three failed attempts in Swansea, Norwich and Ipswich, with the same Diamond FM rock format that triumphed in Plymouth. The group is waiting to hear the results of applications for FM licences in the North-east, due in April, and Southend, Essex, in May.

It is a decision that still causes much debate across the industry. Rob Jones, chairman of radio content provider USP, says: “It is an outrage that we are allowing [foreign ownership] to happen here, yet we are not allowed to do it elsewhere. Media is precious and we are letting it go. It is like selling off the family silver.”

Macquarie may be new to the UK radio market but it has much experience in its native Australia, where it runs 85 stations. Not just a radio or media group, the bank has a diverse range of interests across a number of funds. For example, the Macquarie Communications Infrastructure Group has a majority interest in Arqiva, previously NTL Broadcast, and its Capital Alliance Group has a majority stake in BBC Broadcast. The bank is also understood to be in the race to take over UK airports operator BAA and has had a tilt at buying on the London stock exchange.

The industry source explains that Macquarie works by offering financial resources to its various interests but likes to appoint management with local knowledge, such as Schoonmaker and the team that has worked on the licence applications. The bank is understood to be seeking a managing director for Diamond FM now the licence has been secured.

There is no doubt that the radio industry will be watching the launch of Diamond – and Schoonmaker – closely. His 13-year tenure is seen as mainly successful, from the launch of EMAP Radio and Kiss 100, to the creation of EMAP Performance, which merged its broadcast and music magazine interests. He is also often credited with recognising the potential for digital radio via Freeview from an early stage.

While the radio scene has changed since Schoonmaker left EMAP, industry observers say his experience and business background make him a great name to have on board. Another source adds: “He wants to make an impact and be a serious player again. This move gives him a place back at the table.”