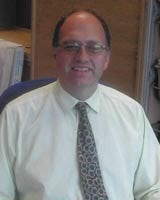 In the newly created role, Sear will be responsible for overseeing marketing, press and PR, internal communications, creative services and the charity’s monthly publication, Disability Now.

Sear says the charity wanted to create a role with specific responsibility for marketing. Previously, marketing was divided among teams and was led by external affairs director James Rye.

He says: “I joined the charity for personal reasons. I felt I wanted to put something back into society. I also felt the skills I picked up in the commercial sector could transfer well into this area.”

Sear joins Scope after taking a career break to spend time with his family. Prior to that he was vice-president of innovation at Allied Domecq. He has also worked for Nestlé, Heinz and International Distillers and Vintners (now UDV) in various marketing and commercial roles.

Scope was formed in 1952, originally as The National Spastics Society. The Society changed its name to Scope in 1994. It employs about 3,500 people and has a turnover of &£70m. Last month, the charity launched its “Early Years” website, aimed at parents of pre-school children with cerebral palsy.

The position of Procter & Gamble’s Pampers as the UK’s best-selling nappy brand is coming under increasing threat from Kimberly-Clark’s Huggies, according to the latest industry figures.

Wealth management company Merrill Lynch HSBC has lost its second sales and marketing director in four months, raising further speculation about the future of the joint venture. David Pitman, who was handed the job in January as part of an internal promotion, has moved to Merrill Lynch to take a senior strategic role. He has […]

Engineering, aerospace and marine engines company Rolls-Royce has promoted the director of operations of its civil aerospace division, Stan Todd, to international director, with responsibility for all the company’s worldwide advertising and marketing. Todd takes over the responsibilities of two senior executives who are to retire. Group marketing director Richard Turner leaves after the company’s […]