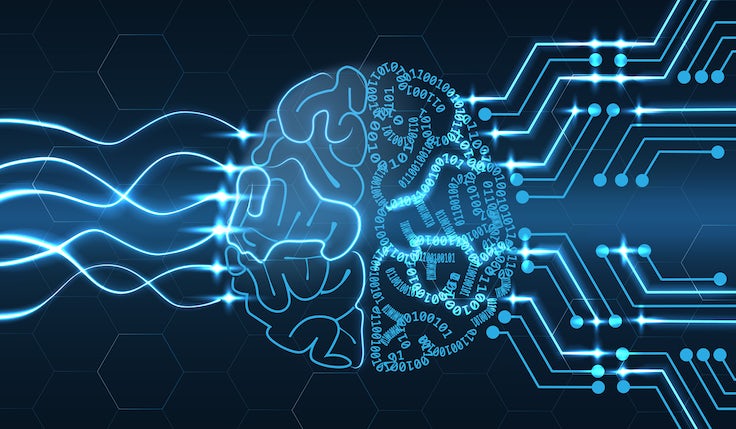 Marketing departments need to become “intelligence units” that are plugged into the market and poised to add real value to the decision-making model in businesses, argues Professor Scott Galloway.

Speaking at the Festival of Marketing, the academic, author and entrepreneur described the CMO as being like the second lieutenant in Vietnam. They have a life expectancy of around 18 months and if they fail to immediately establish credibility they’re usually gone within two years.

For this reason, Galloway urged marketing leaders to position themselves as the person who is responsible for informing every part of the supply chain and understanding how the business maintains margin and differentiation. In effect, the CMO should become the chief intelligence officer.

“I find there’s two CMOs. There’s the CMO that came from the world of Don Draper and wants to spend money on marketing, uses the term ‘brand’ every other sentence and wants a bigger budget for marketing and advertising. I don’t think those CMOs last,” said Galloway.

“The CMOs who are thriving and potentially become the next CEO are the ones who say, ‘I’m your link to the market, I understand strategy and I’m informing every piece of the supply chain. I understand where we’re getting products and services, where we can save money and lose money, I’ve got my finger on the pulse. I understand what hard decisions we need to make around product and the trade-off between feature and functionality. This is our distribution strategy.’ That sends a very strong signal.”

Galloway also argued that the majority of companies that have added “dramatic shareholder value” have one thing in common – they spend almost no money on traditional advertising.

“If you’re a CMO and you walk into your CEO’s office and start talking about how you need more money for advertising, you’re gone in 18 months. That shit is over,” he added.

Mark Zuckerberg has more control over your privacy than any individual in the world and you’ve got to decide, are we down with that?

The position of chief digital officer is under threat, warned Galloway, who argued that such jobs were created for companies that needed a “shot of adrenaline” when it came to innovation. Likewise, he believes the chief information officer and chief technology officer are also likely to lose some power as businesses realise they don’t need this position and the people in these roles are often “full of shit”.

Reflecting on the impact of Covid-19 on marketing, Galloway described the pandemic as more of an accelerant than a change agent, which has supercharged disruption already present in society. He advised leaders to expand every trend out by 10 years and ask if their business model, structure and culture is where it should be, because a decade’s worth of change has happened almost overnight.

One such area ripe for disruption thanks to the pandemic is the adoption of remote medicine, which has “expanded exponentially” since the onset of coronavirus. Galloway expects venture capital to flood into this market, causing as much money to be invested in the sector across the next two to three years as was previously estimated for the next two decades.

A second area to watch is education and the shift to online learning, allowing universities to dramatically expand their enrolments and “unbundle” the college degree into micro-certifications and vocational training.

Another important trend is the explosion of algorithmic media. Galloway highlighted what he called the “signal liquidity” of TikTok and the sheer volume of information the social media platform is able to gather on each user.

“If you watch an hour of Netflix it gets three signals – what did you pick, how long did you watch it, did you watch the next episode? Slowly but surely it starts to calibrate what you like via the recommendation engine. The renewal rate of Netflix is 97%. You’re more likely to get divorced or contract a disease over the age of 40 in a given year than you are to cancel Netflix,” Galloway explained.

“The signal liquidity of TikTok is that the algorithm doesn’t get two or three signals an hour, it gets several hundred. Whether you like, you comment, you watch the whole thing. It’s pelting you with content in 15- to 30-second increments.”

He argued that media is headed in the direction of free content with an algorithm sitting on top, which eventually could be extended to algorithmic commerce and the notion of zero-click ordering.

“Walmart’s investment in TikTok is an attempt to move to algorithmic content and zero-click ordering where you don’t pick stuff, they just use inputs to figure out what you want and then ship three boxes to your door twice a week with things they think you want and one that’s empty. You put stuff back in the empty box you don’t want and they pick it up and that’s more signals,” said Galloway.

“One of the biggest mistakes we make as marketers is that we assume choice is a good thing. Choice isn’t a good thing, it’s a tax. We don’t want more choice, what we want is fewer choices but to be more confident in the choices presented and algorithms sitting on top of signal liquidity is the future of moving to zero-click.”

He also urged every company to develop a subscription product, even if it only contributes 1% of total revenue, as moving from a transactional business to subscription model is what creates tangible shareholder value. Aside from finding a subscription angle, becoming vertically integrated and owning the entire customer and product experience is a great route to growth, he argued.

The CMOs who are thriving and potentially become the next CEO are the ones who say, ‘I’m your link to the market’.

Looking ahead to the impending US presidential election, Galloway is hopeful that more social platforms will emerge through the break-up of Facebook via US antitrust laws designed to promote competition in the market. He expects to see the group separated into Facebook, WhatsApp and Instagram, and believes there’s a better than 50% chance the deal between Oracle, Walmart and TikTok US will not close, putting the app’s future in the US in doubt.

Concerned by the lack of competition in the social media market, Galloway described one of the “key steps to tyranny” as being a government that fails to provide a check to private power and acts as “co-conspirator”. He noted how there are now more full-time lobbyists working for Amazon than sitting US senators, while Facebook’s communications department is bigger than the newsroom at the Washington Post.

“We’re at a point where if we don’t push back pretty hard we run the risk of having an emerging second shadow government that dictates things like privacy, commerce, retail, sales and tax,” Galloway argued.

“These firms are dictating our lives as it relates to key components of life. Mark Zuckerberg has become the new ‘Privacy Tsar’ globally, what could go wrong? Mark Zuckerberg has more control over your privacy than any individual in the world and you’ve got to decide, are we down with that?”

Scott Galloway was speaking at the Festival of Marketing, which is taking place online between 5 – 9 October. All sessions, including Galloway’s, are available to watch on-demand for those with a digital pass. To buy a pass visit www.festivalofmarketing.com/buy-your-pass. 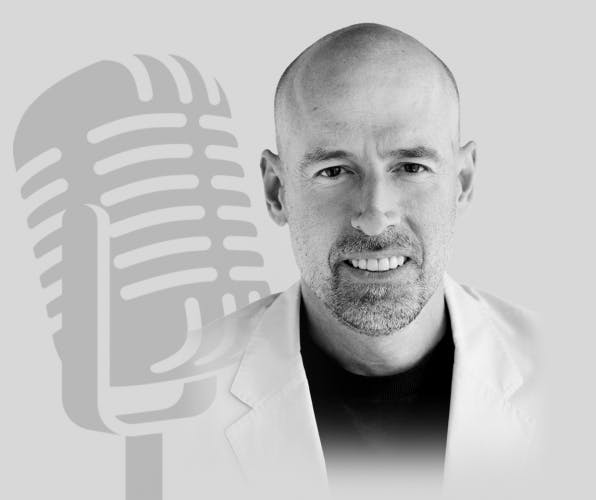 Vocal NYU academic and author Scott Galloway talks to Marketing Week editor Russell Parsons about the pursuit of success and the threat of algorithms to marketing and society. 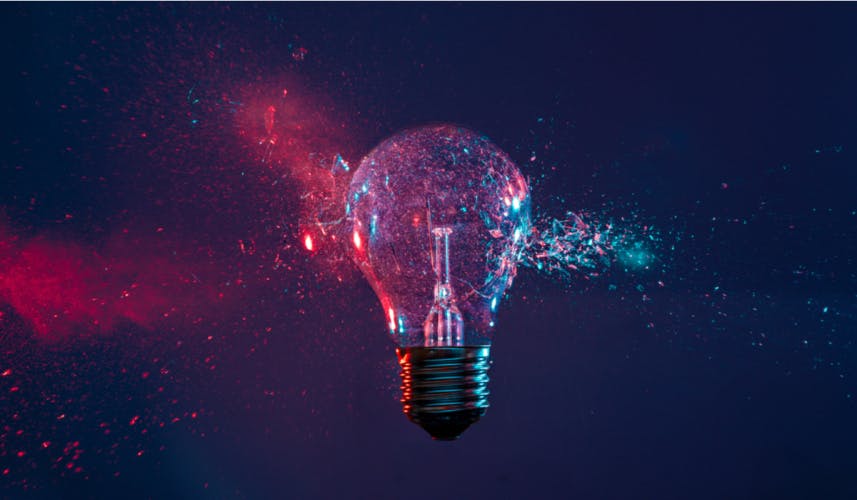 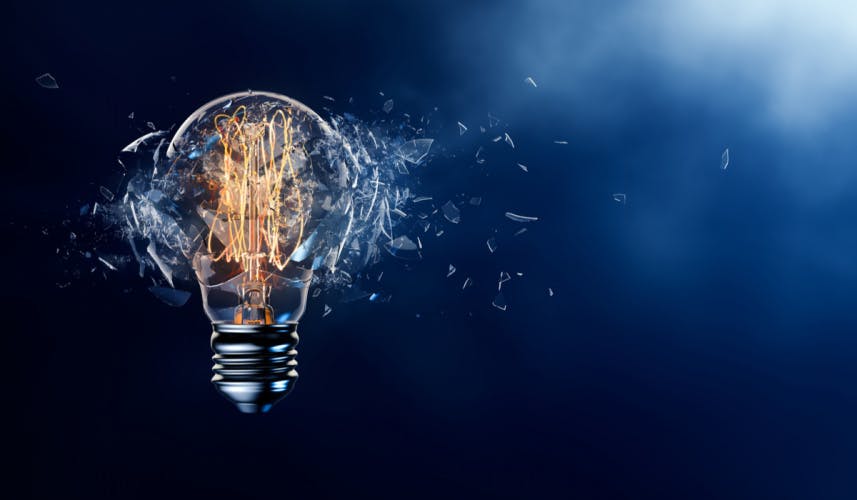 Head of global innovation at Tata Consumer Products, Liliana Caimacan, insists now is the perfect time for brands to embark on innovation, as long as they are prepared to embrace the power of failure.