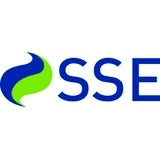 The utilities company was found by a court to have used misleading sales scripts, falsely claiming customers were paying too much with their current suppliers.

Between September 2008 and July 2009 its sales agents were instructed to tell customers they had received a printout of customers who were paying for expensive tariffs, when no such printout existed.

Scottish and Southern Energy was found guilty on two counts of taking part in misleading selling practices relating to a sales script by Guildford Crown Court and will be sentenced on 27 May.

Utilities companies have recently come under fire for “confusing tariffs” and unfair competition between the “big six” providers and the rest of the energy market.

Consumer Focus head of energy, Audrey Gallacher, says the doorstep verdict should sound a “wake up call” to the industry.

She adds: “[The verdict] should make all energy companies look long and hard at how they sell on the doorstep. If there is one thing that will drag the reputation of a company or market through the mud, it is deliberate and wilful mis-selling to consumers.”