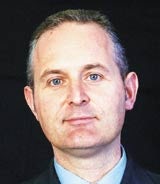 Magazine and radio group EMAP has taken control of Scottish Radio Holdings (SRH) and its network of 22 radio stations in a deal worth £391m. It comes just weeks after the Scottish company turned down its first offer of £375m for undervaluing the company.

The deal will see EMAP sell off the Scottish group’s Score Press, its newspaper business in Scotland, Northern Ireland and the Republic of Ireland, to Johnston Press. It is expected to recoup £155m from the deal.

SRH chief executive David Goode, who recommended the second deal to shareholders, will stay on at the group. SRH will give EMAP a significant presence north of the border, with stations such as Radio Forth and Radio Clyde as well as the Vibe brand in Bury St Edmunds and Bristol.

EMAP chief executive Tom Moloney has denied that any of the SRH stations will be changed or rebranded following the takeover.

He claims EMAP plans to exploit the presence SRH has in digital radio for the future distribution of its own brands, which include Magic, Kiss, Q, Kerrang! and The Hits.

The deal comes amid widespread consolidation in the once fragmented radio industry. Two of the biggest companies in the sector – GWR Group and Capital Radio Group – merged to form GCap Media earlier this year.