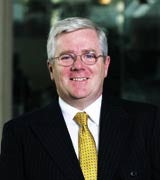 The rejig creates a marketing director for brand and the three product areas of protection, life and pensions, and savings and investments.

Rob Rees has been recruited to the new role of director of customer and brand director until a permanent appointment is made. Rees was recently sales and marketing director at Duo, the budget airline that went bust earlier this year (MW May 6). He previously held senior marketing positions at Campbell Grocery Products, Orange and PepsiCo.

Scottish Widows has also poached Nick Kirwan to become marketing director for protection products. Kirwan was head of marketing at Abbey for Intermediaries for nine years. Scottish Widows is also recruiting for the other two positions.

They will all report to Scottish Widows managing director, marketing and distribution, Nathan Moss.

The director of brand and customer will be responsible for Scottish Widows’ &£5m advertising campaign, featuring the well-known and long-running widow. The account has been held by Citigate Albert Frank for 15 years.

Jordan, a former marketing director at Skandia, has decided to return to university to study science after just over a year in the job.

You had a most amusing letter from a Julie Jones, who was incensed by Iain Murray’s article about England football supporters (MW last week). As her anger reached its climax she brought out her big guns of verbal abuse about the writer: “This guy is an old, biased, prejudiced, insulting waste of space.” I could […]

Center Parcs is planning to launch branded spas on the high street.

Sport England has created a position for a marketing chief to help oversee its push to achieve 70 per cent participation in sport and physical activity by 2020. Reporting to chief executive Roger Draper, the newly created position of director of communications will control all marketing, PR, and media and public affairs functions. Sport England […]