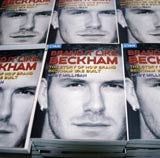 Few fans of Jane Austen’s Pride and Prejudice can forget the image of Colin Firth’s Mr Darcy emerging dripping from a lake in a clinging wet shirt for the BBC adaptation of the novel in 1995. A nation of women swooned and sighed, and then rushed out to buy the book – pushing the Penguin classic into the top position in the bestseller lists, with a reported weekly sale of 25,000 copies.

Almost a decade later, Penguin has set out to capture readers’ imaginations once again – but this time it is targeting men. Starting next month, the publisher will launch a campaign telling men that if they read books, they will appear more sexually attractive to women (MW last week). Rivals label it as a “cheap stunt”, though they do admit that any publicity which encourages people to read will be welcomed by both publishers and book retailers.

But Penguin, armed with a NOP poll that says more than 40 per cent of British males do not read books, argues there is a need to target men. Its Booking Good campaign will try to educate 18- to 30-year-old men that reading can help “pull the ladies”. Penguin will offer a monthly prize of &£1,000 to the first man spotted reading a featured title (the June book is Nick Hornby’s 31 Songs), with the same amount going to the first woman who is seen “chatting up a man reading that title”.

Penguin will also seek to capitalise on the popularity of Channel 4’s Richard &amp; Judy show and its regular Book Club feature. It has negotiated an appearance from “sexpert” Tracey Cox, who will hammer home the message that men who read books are perceived by women to be sexier than those who read a tabloid newspaper. Cox will tell viewers that 78 per cent of us think that men who read are actually better in bed.

Penguin, which introduced readers to cheap paperbacks in the Thirties in the form of six-penny books, is not the only one to have woken up to the value of marketing in the world of publishing. The din of price promotions, heavy discounts and page-to-screen adaptations has engulfed the rarefied world of literature, jolting it into the world of hard sell.

Penguin publicity and marketing director Joanna Prior says: “Books are a part of the entertainment business and competition is tough. There might exist an old-fashioned, purist view on how to market books, but because consumers now have so much choice in terms of how they spend their leisure time, just like any other industry, we have to shout loud to get their attention.”

But the industry hardly suffers from a want of attention. Small screen programmes – the BBC’s Big Read, Richard &amp; Judy’s Book Club and Channel 4’s comedy The Book Club – have all supposedly stimulated the nation’s desire to love and read books.

Yet the jury appears be out on whether or not Britain is a nation of book lovers. As it turned out, the Big Read did not promote reading but watching TV and film adaptations, according to online bookseller Amazon’s reported figures last year. Sales of DVDs and videos of the featured titles increased at a greater rate than sales of the books. For instance, sales of the book version of Captain Corelli’s Mandolin went up by 155 per cent, while sales of the film starring Nicholas Cage and Penélope Cruz rose by 1,533 per cent.

So it is hardly surprising that in order to be heard in a crowded “entertainment” market, the publishing industry and traditional booksellers are trying hard to be brutally commercial in an attempt to sell as many books as they can, and as quickly as possible. For traditional booksellers, competition is not only coming from entertainment products, but also from online retailers as well as supermarkets offering cut-price books. One supermarket book buyer says that the major bookselling chains such as Waterstone’s and WH Smith account for a third of book purchases, now that the supermarkets have increased their share of book purchases to almost eight per cent. 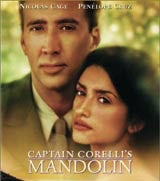 Books have become more affordable in recent years, with both the end of the Net Book Agreement – which barred discounting on books – in 1995 and increasing competition from online retailers and supermarkets playing a role. As a consequence, sales of books have increased – 280 million books were bought in 2003, an increase of 20 per cent since 1997, according to a report by former Waterstone’s managing director Tim Coates for library charity Libri. Cheaper prices are also having a knock-on effect on visits to and borrowing from libraries – down by 21 per and 35 per cent respectively – and Coates warns that if this trend continues, the public service could find itself redundant by 2020.

Cut-throat discounting and three-for-two offers look here to stay following the end of the Net Book Agreement. The supermarket book buyer sums up the market: “Most big retailers will sell only those titles that are a sure hit with readers and will fly off the shelves. Cookery books or celebrity biographies are always on the list of bestsellers.”

WH Smith director of books Gary Kibbles agrees that if a celebrity, such as Nigella Lawson or David Beckham, is stuck on the cover of a book, there are few problems in marketing those titles. But he draws a distinction between the approach of traditional booksellers and supermarkets: “Supermarkets tend to squeeze the book retailing market because of the very nature of their ruthless cut-price offerings. But the experiences offered by traditional book retailers and supermarkets, which only push the front-list titles, are very different. Readers browsing in a WH Smith store are presented with a whole range and variety of titles.”

Kibbles should know how supermarkets have made life difficult for traditional booksellers. Last month WH Smith announced a net loss of &£184m for the six months ending February 2004. Its book arm is reported to have generated &£1.92bn in sales in 2003, up just 3.3 per cent from 2001. This compares poorly with some reports that suggest the British book market experienced annual growth of about ten per cent last year, although Mintel estimates that the total value of the book market last year was worth &£3.63bn, up 4.9 per cent on the previous year.

Amy Nelson-Bennett, marketing director at HarperCollins and a former marketer at Waterstone’s, believes that the supermarkets have yet to become serious rivals: “The threat to traditional booksellers will come from supermarkets only when they decide to become range booksellers. Even if Tesco and Asda sell populist titles at rock-bottom prices, this does not rival the offer of the likes of Waterstone’s.”

In recent months the issue of pricing has again reared its head. Borders UK managing director Philip Downer has put forward proposals to remove the cover price tags from books, in order to give retailers greater flexibility on pricing. Such a move is likely to give booksellers absolute power over pricing – allowing them to reduce the price of a book by as much as they like, or even to raise it.

A Borders spokeswoman explains: “The move could prevent the price issue being the only tool used in the trade and could help the industry to be more creative in the way it sells books.” But critics argue that if cover prices were removed then consumers would be prevented from knowing by how much a book has been reduced and suggest that they would be at the mercy of retailers who have increased the price of slower-moving titles.

Publisher HarperCollins, for one, sees little reason to back the proposals.

Tricks of the trade

One publishing insider says that because most chain booksellers are already cutting prices to the bone, this will encourage them to negotiate greater discounts from publishers: “The removal of a printed cover price will mean further demands, with the end result being that the writer will be the poorest of the lot. Only the top-selling authors will be able to defend their royalties.”

However, it is not only aggressive, price-led marketing techniques that have helped boost book sales. Successful phenomena, such as JK Rowling’s Harry Potter, have also helped to build the market.

Prior says: “Harry Potter helped raise the profile of the industry as a whole and got both the media and the population to think that children’s books have enormous potential. But outside Harry Potter, the children’s books market has not really grown.” She adds that it made publishers aware about the benefits of spending more money on marketing books through PR, films and TV spin-offs.

However, some argue that marketing could effectively corrupt the sector, with support being given to sure-fire bestsellers and very little else. This in turn could lead to a dumbing down of the industry. Wieden &amp; Kennedy managing director Neil Christie says: “If the publishing industry becomes only about screen adaptations, sequels and three-for-two offers, there is a danger that, like the film industry, it will become homogenised. Readers will get only tried-and-tested formats, while individual voices will be squeezed out.”

Nevertheless, Christie believes that, because of increased retail competition, the book industry will be forced to become more creative in the way that it markets and presents itself. But for the moment at least, the industry is floundering in cut-price deals and promotions.

Are brands more trusted than governments and their representatives? The question barely seems worth asking: Nelson Mandela on a good day, Barclays Bank on a bad day might be exceptions that prove the rule, but by and large it’s a no-brainer. And that, arguably, is how it should be. Though both corporations and governments must […]

Barclays PLC announced today that Simon Gulliford has decided to resume his career as a consultant at the end of the year, stepping down from his role as Barclays Marketing &amp; Communications Director. Mr Gulliford will remain a consultant to Barclays following his departure. John Varley, Deputy Group Chief Executive said: “I am immensely grateful […]

Isobel has created the first advertising campaign since 2002 for energy retailer npower. Media buying is through Vizeum. The campaign launches tomorrow (May 13).