Partnerships between brands and musicians are getting progressively more entwined. The financial hammering the music industry has taken since the dawn of the web, coupled with the benefits to brand campaigns of being associated with a popular song, means that there are incentives on both sides for closer ties. Unilever has just signalled the strategic importance of music to its marketing by giving responsibility for all its partnerships to one agency, Big Sync.

Collaborations have gone beyond simply picking a catchy tune for an ad and can come in many forms, including large-scale investments in music events such as MasterCard’s sponsorship of The Brit Awards, which takes place in two weeks time.

Just last month Hakkasan Group, which owns luxury restaurants and nightclubs, announced a partnership with DJ and producer Calvin Harris in a three-year residency deal that will see the star perform exclusively at its Las Vegas venues. The group hopes the collaboration will refine its “global sound” as it moves into the hotel space, according to its chief executive Neil Moffitt.

However not all tie-ups work well: iTunes and U2 caused controversy when the band’s album was automatically added to all libraries of iTunes users, which eventually resulted in Apple releasing a tool to remove it and U2 lead singer Bono offering an apology. And last year BlackBerry dropped singer-songwriter Alicia Keys as its creative director after the star, who embarassingly tweeted her announcement of the partnership from an iPhone, failed to have impact on sales.

“The key thing to remember when you talk about brand partnerships with an artist is that it has to be an authentic partnership. Because of social media and the way artists interact with fans you can’t hide anymore,” says Marc Robinson, managing director, creative and commercial, at Universal Music’s brand partnerships and TV production wing Globe.

Robinson believes that it’s important to educate partners about what is happening in the music industry and at the same time try to gain an understanding of what the brand is trying to achieve by partnering with artists. He says: “Developing a strategy with a brand is exciting because it attracts talent, because the content that is created also celebrates what the artists do.”

For example, Universal Music’s Global division has a relationship with Hewlett Packard and arranges gigs throughout the year that are streamed online. In this way the brand is enabling a live performance to be shown to a wider audience and goes beyond just attaching a brand name to a one-off event.

“Brands can’t sponsor artists by simply hanging a banner on the artist’s stage, or by printing the brand’s logo on the tickets. That’s not a partnership, it’s a dead-end deal that ultimately won’t increase engagement between consumers and your brand,” says Eric Sheinkop, founder and president of Music Dealers, which represents independent artists globally and reached a milestone last month of $15m in revenue paid out to these performers through band-to-brand relationships.

Sheinkop says that brands must collaborate with, not just hire, artists to create unique and shareable content.

“There’s often a tension between brands and artists,” says Matthew Kershaw, group marketing director at Ministry of Sound. “At its worst, brands want to bathe their brand in the ‘cool’ associated with artists to get a quick image fix. Likewise artists sometimes cynically look to brands as a massive vault of cash they can easily access for little effort.”

However, these partnerships are now moving towards a value exchange model that doesn’t necessarily require a cash incentive from the brand for the artist involved. The Super Bowl, which took place at the start of this month, has become a lucrative and prime spot for music partnerships given the potential value of the media exposure in terms of touring revenues after the show.

Singer Katy Perry was forced to deny that she paid to play at this year’s event, while previous headliners Bruno Mars, Beyoncé, Madonna and Paul McCartney all received no money for their appearance. With an estimated 100 million people viewing the show it can lead to a massive sales boost for that artist – sales of Bruno Mars’ latest album increased from 15,000 in the week before the 2014 performance to 81,000 the week after, according to Billboard, the official US music chart.

Artists and brands can undoubtedly unlock a wider audience for one another, but there has to be a “logical connection between the brand and the artist”, says Kershaw. Ministry of Sound recently created a special edition bottle for J&B whisky in France and put on a series of club nights and launches as the brand has been positioning itself as the ‘party whisky’ there for several years.

He adds: “Ultimately the best value comes out of thinking long-term and about the genuine value exchange rather than being overly focused on the top-line number – with social media being involved there are also ­­­other ways to exchange value, for example by reach.”

This is backed up by a report by music and entertainment agency Frukt that interviewed high-profile artist managers across major and independent labels globally to discuss the real value of brand partnerships. Almost all (98%) respondents say that a credible artist fit with the brand is one of the most important factors that influence their decision to enter into a deal and 82% would be interested in an equity or ownership option as part of a brand partnership, which further crystallises the shared interests of both parties.

“Transparency is key,” says Robinson at Universal Music. “Trying to crack what the joint goal is, that is where the basic stuff comes from. You don’t want to get involved in a partnership where you are not all on the same page before you enter it because that normally ends in disaster,” he says.

Although these deals do usually involve brands parting ways with cash to pay artists to endorse a product, service or event, the relationship has developed and a cheque is no longer the only reason an artist would agree to a partnership. Authenticity is a key factor for both the brand and the artist and it will quickly become apparent if a partnership is not the right fit, given the rise of a vocal social media audience.

As part of a report, Brands and Bands: The Value Exchange, music and entertainment agency Frukt compared the social media engagement before and after a brand announces a campaign tying up with a musician.

The study shows that typically brands see a 16% increase in new Twitter followers, a 40% increase in YouTube video views and a 36% lift in new subscribers a week after an announcement, with Twitter mentions jumping by 80%.

The story is much the same for artists, who see an increase of more than 10% in Wikipedia page views from the week before a brand partnership announcement to the week after.

They also experience a 17% increase in Twitter mentions, a 25% increase in retweets and 19% increase in new Instagram followers, as well as a lift in new Facebook page likes and new Twitter followers, but only a minor overall increase in their YouTube activity. 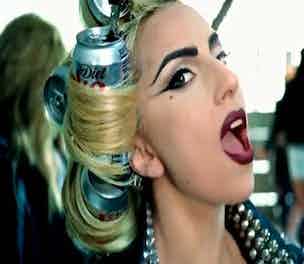 Universal Music Group is to allow brands such as Coca-Cola and LG to appear directly in music videos online in a bid to allow advertisers to use the same content to reach targeted audiences worldwide. 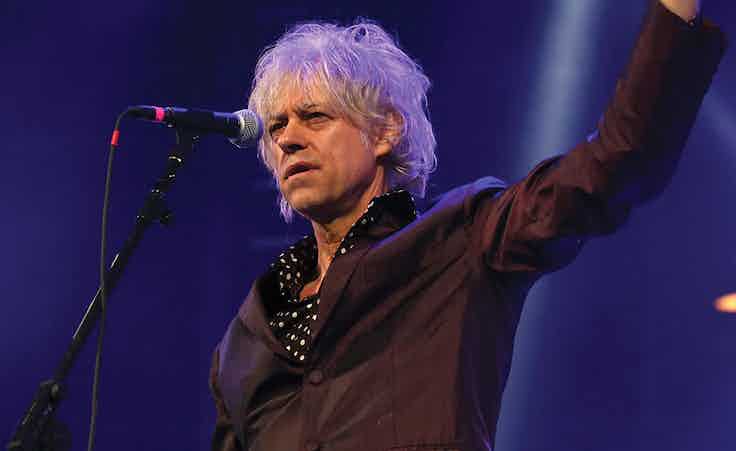 Charity marketing has moved on since Feed the World was first released in 1984, and Sir Bob Geldof’s revival continues to put one-off impact above ongoing support and engagement.