One of the most interesting stories at the end of last year was Stephen Hawking’s prophecies about artificial intelligence (AI) and the suggestion that machines would take over the world. Although science fiction films have predicted this for decades – from Westworld to The Terminator and many in between – it is a frightening, but half-believable, consequence of the speed with which technology is moving.

In some ways you can see the advantages of AI. Rather than sending soldiers ‘over the top’ in the Great War, using battalions of replaceable metal to face their fate would have made a lot of sense.

However, the problem with this, as those who have played the countless online war games can confirm, is that it is the nations with the ‘most tin’ that always prevail – which in itself is a shuddering thought, especially as we look back on our own exploits in battle and realise we were frequently the ones with less men, although we had the winning strategy.

And then I look to our own industry – Amazon extending its trials of delivery drones, call centres and interactive voice response (IVR), remote service providers and chat systems, supermarkets persevering with automated tills, banks with smarter ATM machines, and of course, my colleagues convinced that marketing automation is the way to go.

The reality is that there are incredibly exciting things happening in the world right now. For me, too many of them are still dumb or blunt – but if Hawking is right, and machines start to think for themselves and use intuition to second-guess the vagaries of a human being, the future could be intriguing.

While programming computers with multiple scenarios is relatively straightforward, as those pushing marketing automation systems are well aware, you can never plan for every eventuality, and often failing to recognise this results in embarrassing your brand.

But if we genuinely do believe that before long your Secret Marketer will be a bot who strings a few words together to make a pithy blog each week, why is it that I still can’t make a mobile phone call on a train or get reliable Wi-Fi in my flat when a bus goes past; and why does my local Tesco self-scanning till still believe that I have removed something from the packing area, when I haven’t? I think the human race still has a few years left. 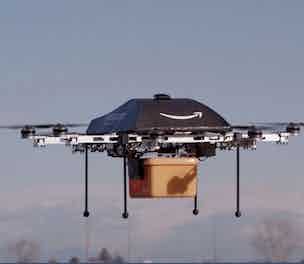 Amazon is developing unmanned drones to deliver parcels as it seeks to cut delivery times and improve the convenience of online shopping. 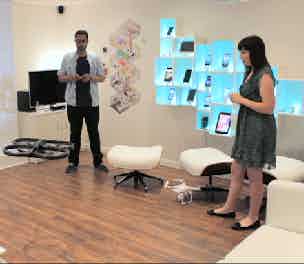 Marketing Week visitied Somo and spoke to the mobile solution agency’s drone experts Maani Safa, vice president of creative and innovation, and Naji El-Arifi, product innovation manager, to discover whether drones have a marketing use case or if they are just a geeky gimmick.