This week I had a pie and a pint with a marketing agency chief who I have worked with on-and-off over the past 25 years. It was good to catch up on past times, the state of the markets and the youth of today. One thing he revealed was that after a lifetime of residing in a trendy attic-style office in London’s West End, his agency had “gone virtual”, with all staff working from home and/or in clients’ premises.

I was taken aback. The banter and creative energy that had been expounded in the agency over the years had now gone, and been confined to deepest suburbia and the emotionless one-dimensionality of Skype. If an agency’s biggest asset is its people, how can this be? And more to the point, what about me  – the client? Surely, the agency was the place that clients escaped to when they needed breakthrough ideas, like-minded people to talk to and a beer fridge?

My colleague explained that I was “so eighties” – that clients had long-stopped the weekly pilgrimage to London’s Soho – and that everyone had grown up. As he said this, it dawned on me that I had never visited one of my agencies (it’s not even in central London); and the other I had not been to since the mandatory pre-pitch visit. But why is this? What has happened to our way of working? Have we all become so precious with our time and so haughty that we expect suppliers to call on us? Or is it simply that our own teams and environments have so improved that we feel relaxed on our manor, without the need for the weekly injection of creativity that the agencies used to provide?

I mentioned this a few days later to the head of another of my agencies, who pointed me to research from 2014 (by an independent consultancy Up to the Light) that claimed that “80% of clients look forward to meetings with their design agency” but then again, I am not sure what this says – what about the missing 20% – do they dislike such interactions? That is surely a different issue altogether?

The question for me is whether I am happy with the new agency/client model – not being in the same space together to brainstorm and generally spar off each other. Can that really be done over the ether, or am I just being naïve? We all know that most agencies ramp up or down in line with client needs; many sub work out; and/or use subsidiaries around the globe. And we know that the real creative work is done burning the midnight oil, while ‘the suit’ is wining and dining the next client, only to present the work the following morning as though they have lived and breathed it for weeks. 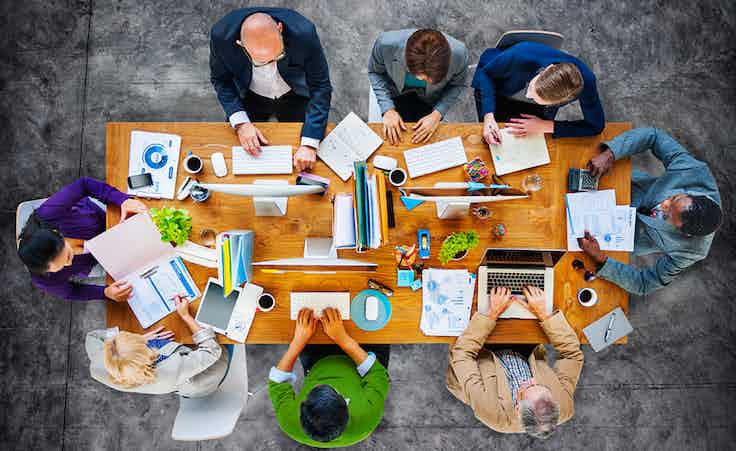 Marketers should stop allowing finance or procurement to take over responsibility for agency relationships or risk ended up with only satisfactory creative that doesn’t drive business growth, according to industry experts.