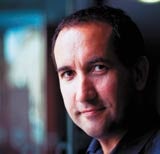 Although it has recently lost its crown as “king of complaints” to the poster medium, direct mail is still one of the most complained-about media according to the latest figures published by the Advertising Standards Authority (ASA).

Direct marketers pride themselves on building relationships between consumers and brands, but judging by the complaints figures, one could be forgiven for thinking consumers feel differently, and just want to be left alone.

Although the news is not all bad for the direct marketing (DM) industry – the number of complaints has dropped by 13 per cent, from 3,111 in 2001 to 2,710 in 2002 – the statistics still show that 90 per cent of these complaints were upheld. This compares with 20 per cent against poster ads.

As the trend for corporate responsibility becomes more of an issue at boardroom level, it seems surprising that some advertisers are using shock tactics when it comes to direct marketing as a way to grab attention. Those pieces of mail that are designed to be shocking are not only directed at consumers, but also at the media, which regularly reports on companies’ “outrageous” mailshots. In doing so, companies and their DM partners seem happy to run the risk of getting their wrists publicly slapped by the ASA – a process which often garners further media coverage.

A look back over the complaints the ASA has received over the past few years raises suspicions that some businesses deliberately send out controversial mailings to entice consumers into a reaction. Fake parking tickets, doctor’s results and even a note from what initially seemed like a friend – suggesting the recipient should try a new wonder slimming pill – have all brought trouble and publicity.

Being bad is good

The results of contentious mailings can often be positive for the company behind the mail-out. Five years ago, Sony PlayStation sent out 500,000 mailings in a brown envelope marked “test results” and “private and confidential”. The mailing attracted dozens of complaints from consumers, who on receipt of the mailing initially believed they had a medical condition. But according to the agency that created the campaign, these same mailings are now fetching up to &£50 from avid computer games collectors.

Leo Campbell, group deputy chairman of Claydon Heeley Jones Mason, the agency responsible for the PlayStation mailing, says: “The mailing is traded on lots of sites and we still get requests for copies of the mailings.”

Campbell admits, however, that advertisers occasionally push it too far: “Lots of people complain with good reason. When you focus on creativity, you sometimes run the risk of complaints.”

Haystack Group founder Suki Thompson, who matches marketers to agencies, says that shocking DM is no different to shocking advertising: “It doesn’t matter which it is. The idea is to get some PR coverage and get the brand on the map. Whether it’s right or wrong is another matter.”

However Thompson, like many others, does not believe that the DM industry, in the main, courts complaint: “Ultimately, it is a budget thing: complaints make DM very hard to sell and so it can become difficult to get money out of clients in the future.”

There are those in the industry who believe agencies and direct marketers should listen and respond to complaints: “It’s not our job to irritate or upset people,” says Barraclough Edwards Chamberlain founding partner Chris Barraclough. “I think you can deliver brand messages and get responses without being unpleasant, boorish or patronising. For most brands, DM is just one aspect of marketing. They can’t allow it to infect or harm other parts.”

The term “junk mail”, which is still used frequently by consumers, is probably an indication that although complaints are down, perception of the medium is still poor. “Brands gloss over the fact that they annoy nine out of ten people to secure that all-important ten per cent response rate, so is it any wonder that people call it junk mail?” says Iris managing director Ian Millner. “Most industry leaders object to the tag, but tend to believe that it doesn’t apply to them.” Both Millner and Barraclough point to credit card companies as a source of many complaints: “It’s those credit card mailings from US companies and finance houses that cause the problems,” says Millner.

Barraclough adds: “The credit-card mailers are now stuck in a ghetto of their own making and digging themselves deeper into a hole as results fall away. People tend not to complain about DM for higher-interest categories – music, cars, holidays – or packaged-goods mailings that deliver money-off coupons.”

According to the ASA, complaints about credit card companies do not generally centre on offensiveness, but are instead focused around trading standards or rules set out by the Financial Standards Authority. An ASA spokeswoman says that the majority of overseas credit card companies now have offices in the UK, so must comply with both FSA and ASA rules.

One major source of complaints directed at DM is data that is inaccurate, out of date or has caused offence. Newspapers often carry stories of mailings to a deceased spouse, partner or family member. This is something that some database companies are trying to get to grips with.

Group 1 Software director of customer relationship solutions Andrew Greenyer is scathing about the industry’s general approach, however: “DM leaders certainly don’t give the appearance of being worried by the negative image of direct mail, and I find their attitudes abhorrent. Their apathy is apparent from the continuing presence of blanket mailings and the fact that so many direct mail pieces fail to reach their destination each year.”

According to Greenyer, consumers are increasingly aware that their personal data is valuable to marketers. He says: “It is crucial that marketers offer incentives in return for consumers’ information.” He points to the recent changes in legislation that have allowed voters to prevent marketing companies gaining access to their personal details from the electoral roll.

Fewer UK voters than expected have chosen to opt out of allowing marketers access to their personal details on the electoral roll. According to EuroDirect’s recent Electoral Roll Opt-out Analysis report, only a fifth of individuals have opted out from the electoral roll for marketing purposes.

There has also been criticism of the industry’s lack of effort in raising consumer awareness of trade bodies such as the Direct Marketing Association (DMA), which can advise consumers about how to opt out of mailing lists. The DMA launched a revised and expanded edition of its code of practice in May. It has also launched campaigns to encourage consumers to become more knowledgeable about direct mail. According to some industry insiders, however, the DMA does not do enough to protect the interests of consumers: “Why should it?” says one. “It’s not exactly in its interest.”

Under its charter, the DMA also operates the Telephone Preference Service and the Mailing Preference Service. These allow consumers to opt out of both direct mail and telemarketing, but thankfully for the DM industry they are very under-subscribed, with just 3 million names on the TPS and 1 million on the MPS.

Like it or not, some people have a strong preference not to receive direct mail, irrespective of the offer. Marketers have a responsibility to engage with consumers, and bodies such as the ASA and DMA have a responsibility to try to release the industry from the “junk mail” name it has earned over the years. It is up to the agency leaders to show they really care about losing this tag.