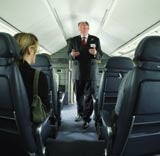 Why hire a conference centre when you can have a castle? It’s a question many conference and exhibition organisers ask when looking for ways to make an event more exciting, or trying to drum up attendance for something many potential visitors or delegates might otherwise see as boring.

The solution to this dilemma might seem a bit of a foregone conclusion. Standard conference suites or exhibition halls are ten a penny, and while they serve a purpose most of them are hardly going to leave visitors agog with wonder at their beauty or novelty.

A Roman amphitheatre in Tunisia, on the other hand, or one of the world’s largest treehouses at Alnwick Castle in Northumberland, offer the prospect of a once-in-a-lifetime experience.

The National Trust hires out venues including country houses, nature reserves and historic sites. Functions development manager Vivien Winders says: “It is easy to find a venue, but what if you are looking for something quite different such as an Anglo-Saxon burial site or one of the most splendid and magnificent Jacobean houses in the country? We provide an individual level of service and we will tailor it to clients so they can make the best use of the venue.”

Lucy Scillitoe, head of sales at Dundas Castle – a historic Scottish venue with its own 4×4 course – says: “Going to the effort of hiring an unusual venue such as a castle can be incredibly motivating for a group – it shows that the company has put considerable thought into the event. It is also more likely to be a memorable experience.”

English Heritage owns a wide range of venues, from Dover Castle to the landmark Wellington Arch in London. Hospitality sales and marketing manager Kath Jones says: “The beauty of our portfolio is that each venue is highly individual, giving clients a real sense of their event being a one-off.” She adds that “because our venues are always both unusual and historic they naturally provide an instant ‘wow’ factor.”

Of course, the venue isn’t the only consideration. Richmond Events runs corporate conferences and seminars aboard cruise ships. Chief executive Mark Rayner says that having a ship as the venue is a major facet of Richmond’s event model, but that the way the company uses it is more fundamental to the events’ success. Delegates are given individual timetables, with meetings (including ones over meals), conference sessions and networking mapped out in advance.

His list of the cruise liner’s advantages, however, is impressive. As well as lending a more social feel to what is an intense period of hard work, the ship’s isolation lends a degree of control other events can only dream of.

“People who come to our events have to arrive on time, and stay until the end,” he says, offering a solution to the age-old problem of delegates and speakers turning up for selected parts of an event only.

This control over access (and egress) means that only relevant people are aboard ship, and that there is no “hijacking” by companies running parallel hospitality and meetings to the official ones, as can happen at major conferences and conventions on land.

And then there is the service. While a traditional event recruits enough (often temporary) staff to serve the number of people attending, a cruise ship has a dedicated crew used to dealing with up to 2,000 demanding tourists all wanting to do different things. Keeping 800 or so conference delegates happy is well within their capabilities.

Rayner does admit to the odd drawback: delegates (and speakers) who cannot commit to the whole event generally cannot attend at all. But his array of plus-points is certainly compelling.

While a cruise liner is well-equipped and modern, not all unusual venues are quite so well-suited to hosting corporate events. A Roman amphitheatre is all very well, but the audio-visual facilities weren’t exactly designed in – and while the loading bays are ideal for shipping in lions and Christians, they may be less useful if you want to install a stage or back a lorry into the arena. Likewise, the Highlands of Scotland are undoubtedly beautiful, but they are a long way from most people’s offices.

Another example is the National Trust-owned country house The Argory in County Armagh, which has no electric light. While candles can provide a bewitching atmosphere, PowerPoint presentations are a no-no. Winders, however, believes that isolation and facilities are not a problem. “We have function staff at all properties who find out clients’ requirements and accommodate them where possible. Some venues are located away from business districts, but we consider this a selling point because it allows guests to get away from it all,” she says.

Jones, too, represents many very old venues. “When somewhere like Dover Castle was built, corporate functions were several centuries away – defence rather than dinner was the order of the day!” she says, adding that, while there are occasionally behind-the-scenes operational difficulties, these never impinge on guests. Since all venues are open to the public at other times, accessibility is not a problem and most have ample parking.

Open to the elements

Some potential venues recognise that despite their superficial appeal – and the revenue-raising possibilities – they are really not suited to corporate use. Phil Jackson is theatre manager at the Minack Theatre, a beautiful recreation of a Roman theatre in a dramatic setting on the Cornish coast. He says: “We are not really a suitable venue. When there is no performance in progress we operate as a tourist attraction and the public have access to all areas. We don’t have any covered space that could be used so any conference or exhibition would need to be in the open air. A few people have investigated the possibilities but have decided the negative factors outweigh the positive.”

One way to counter this is the approach taken by Concorde Events, part of Apex. Concorde Events organises functions involving the former British Airways Concorde now grounded at Manchester. Business development consultant Ed Ainslie says: “Concorde is very small – it only holds 56 people, and there’s no audio-visual equipment. It flew so fast that there was no need, and anyway everyone was too busy enjoying the service.”

Instead, Apex organises events that are staged largely at conventional venues (although it also uses a converted DC-10, parked nearby, for presentations), but also involve tours of Concorde. Small presentations can also be held inside the plane, and a marquee set up alongside. Nearby venues can also be booked to provide delegates or guests with faithful recreations of Concorde’s onboard catering. The aircraft is soon to be moved into a purpose-built hangar, adding to the options available, and the company has good contacts with venues in the region, including large hotels and stately homes.

According to Ainslie, the very mention of the famous old plane is often enough to secure a good attendance at an event. “At a recent Renault model launch, 99 journalists out of 103 invited turned up. For an audience as difficult to attract as journalists – particularly motoring correspondents – that’s amazing,” he says. “Concorde is a unique brand, and something people might never get to see again.”

Another option is exemplified by Sounds Commercial’s handling of NatWest’s Achievers’ Awards, in 2002. The company dressed the Bournemouth International Centre’s Purbeck Hall as ancient Rome, complete with amphitheatre and temple, as well as a giant three-dimensional animated gladiator.

Adapting a standard venue in this way avoids many of the pitfalls of using a genuinely unusual location: accessibility and facilities should not be an issue, and staff will be used to looking after large numbers of people. It’s unlikely, too, that a conference centre will be sited far from motorway, rail or air links in the way that a mediaeval castle might.

But does even this approach carry the risk of the venue putting the event in the shade? Most people who attend conferences or exhibitions regularly will, when pressed, admit that their attention sometimes wanders. And a gigantic treehouse is certainly more conducive to daydreaming than an air-conditioned concrete hall. It’s all very well guests coming away raving about what a wonderful time they’ve had, but if they can’t remember the product messages or company philosophy the organiser was trying to convey, the event cannot be called a success.

Both Winders and Scillitoe are vehement, however, that their venues complement, rather than detract from, the events held at them. Scillitoe says: “I don’t believe the venue can overshadow the event – rather, it enhances it.”

Winders echoes her sentiment. She says: “We take every care to ensure that the venue is secondary to the function. The venue is a complementary backdrop.”

Jones says that while guests are “bowled over” by English Heritage’s venues, “The venue and the event are usually complementary, helping to enhance the event and make it even more memorable.”

Rayner’s predictions of the direction the conference and exhibitions industry will take in the next 20 years suggest that exotic and unusual venues might see their business grow: “In the Fifties, when communications were much poorer than they are now, a few big trade fairs were massive meeting places. Now, everyone’s in touch all the time, and there’s less need to see and touch products thanks to the internet. But meeting people is still important – you would want to meet in person before signing a big deal or purchase.” He also points to the importance of events for learning and networking, and the fact that people want a pleasant time and some creature comforts while working.

So the search for the luxurious and the unusual will go on. How long before NASA publishes its rates for hiring out the International Space Station?

BLM Media has secured its hold on the £5.7m Thomas Cook media planning and buying account with the addition of the Club 18-30 business. The business has been moved from Zenith Optimedia to BLM without a pitch. BLM already handles Thomas Cook Tour Operations and sub-brands such as Thomas Cook Travel Shops and thomascook.com. The […]

DDB Canada has created a TV campaign for the Canadian Tourism Commission, to run for three weeks in the UK. The ad is designed to increase awareness of the country as a long-haul destination and uses the strapline ‘Maybe you need a trip to Canada’.

The Diary has discovered a new spin on the “name ten famous Belgians” puzzle. Now, thanks to American Express, anyone can become famous in Belgium for ten seconds, which is almost the same thing. Visitors to the company’s Belgian website can upload photos of themselves to a giant billboard positioned somewhere in the nation that […]