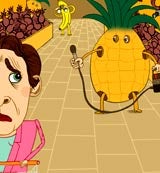 It could only happen in California. A qualified hypnotist employed by a market research company leads a young woman into a state of altered consciousness. He listens attentively as the subject talks about her snacking habits. She relives the guilty pleasure of watching a late-night movie and spooning her way through a tub of chocolate-chip ice cream that she spotted by the store check-out when she stopped off on her way home from the gym. She had actually gone into the store with the intention of buying a carton of fat-free milk.

Market research that relies on formal discussion alone often founders because we are unwilling, or unable, to recall the complex interplay of factors that determine our behaviour as consumers. The idea of using hypnosis to retrieve this lost information is probably too off-the-wall for the UK. But, there is no doubt that market research agencies are under pressure to devise methods that are better adapted to discovering what consumers actually do, as opposed to what they say they do. One expression of this demand for deeper insight is a renewed interest in using observational research to get closer to genuine patterns of behaviour.

Observational research, or “ethnography” to use the term currently in vogue, has been around for many years. But for several decades it has been advertising-led measures, such as attitudinal mind-sets and brand awareness that have dominated research agendas – reflecting the key preoccupations of brand marketers. But, as levels of discretionary spending rise, and the range of branded goods that can be easily substituted for one another expands, the argument that marketers should spend a larger share of the research budget on understanding how consumers experience brands in everyday life becomes more compelling.

“The standard tools of marketing still work, but not so effectively as in the past,” argues Paco Underhill, the founder of Envirosell, a US firm that specialises in behavioural research in retail environments. “What we see repeatedly is that the emotional ties to brands are swayed at the point of purchase, because consumers are more heavily influenced by the impressions and information that they receive on the shop floor.”

Observational research is well adapted to the challenge of understanding how consumers interact with brands. In a society that is cash rich and time poor, relatively trivial factors may determine whether or not a consumer makes a particular purchase on a particular day. Often these influences are such that the consumer is unlikely to recall them spontaneously in a formal interview. In some instances their impact may be so fleeting, that the consumer is barely even conscious of what is happening. A familiar example of this is the so-called “butt-brush effect”, which Underhill describes in his book: Why We Buy.

Reviewing a videotape of traffic flows around a tie-rack in Bloomindale’s department store, Underhill spotted that shoppers, particularly women, became edgy when they were jostled from behind. So much so that they moved away from merchandise that they were considering in order to avoid the experience. In this and similar situations, says Underhill, all that was needed to produce a significant increase in sales was to move the fixture by a few metres, to accommodate the universal human need for personal space.

Envirosell specialises in the covert observation of consumers. In the retail environment in which the firm operates this typically involves deploying teams of researchers, or video cameras, to track and monitor the way in which people’s purchasing decisions are affected by ergonomic factors, such as store layouts, merchandising, signage and product presentation.

Immersing oneself in the market

Additional observational techniques, also developed by social anthropologists, are being applied elsewhere by other market research companies. In so-called participant observation, for example, researchers immerse themselves in their target market to experience the context in which the client’s products are bought and consumed – say by mixing with a group of under-25s on a night out. Another form of behavioural research involves fly-on-the-wall type observation, in which consumers consent to being filmed in their own homes, or even shadowed by a researcher for a number of days.

Observational research is not a panacea for understanding consumers – nor is it a substitute for talking to people. Without direct input from the research participants it is all too easy for projects to fall victim to observer bias, either because researchers misinterpret, or simply fail to recognise the significance of the actions that they have witnessed.

Where observation moves things forward, however, is in its ability to focus the discussion on the mundane factors that enhance or detract from the consumer’s experience – and which sometimes lay the basis for brand innovation.

“Insight is discovering something that you have always known,” says Siamack Salari, a director of Everyday Lives, a consultancy that specialises in observation-based research. “The key skill that the ethnographer must command is being able to see things in new ways – that enables you to use observation to anticipate people’s needs before they are able to express them, in a way that no other technique can.”

Properly structured observation-based research can be time consuming and expensive, compared with conducting group discussions or in-depth interviews. Companies operating on a limited research budget need to be aware of all the available options and consider the respective trade-offs carefully.

At the high end of the market, manufacturers of domestic appliances have used participant observation to gain insight into the way in which consumers derive value from their products. For example, a study conducted on vacuum cleaners, by the product innovation consultancy PDD, uncovered fundamental differences in what constituted “clean” in the eyes of different types of users. It also provided a valuable insight into how people modified their vacuum cleaners, and cut corners while cleaning.

Participant observation can confer brand advantage on companies that require a very detailed understanding of the context in which their products are consumed. The downside is that it is very labour intensive and costly to conduct this type of research at a scientifically meaningful level. For example, in a typical study a participant observer would normally become involved in the life of a household for at least three days. That equates to three man months of fieldwork to generate a sample of thirty households.

Observation as an extra

Fieldwork does not have to be exhaustive to generate insights that are commercially valuable, however. An alternative and often more affordable approach is to use observational techniques to reinvigorate conventional discussion-based research. “Observation can act as a stimulus to thinking – a tool for building hypotheses that can be verified later by more conventional research,” says Matt Kingdon, a partner in ?What If!, a market research firm that has experimented extensively with alternative techniques.

Stimulus material based on real-life consumer experiences can also be used to help participants in group discussions to recall, and to talk more freely about their experiences as consumers. “There are some thoughts that people only have when they are actually involved in a situation,” says Philly Desai, an independent market researcher and spokesperson for the Association for Qualitative Research. “However if you show them a video of what they were doing it can set the thoughts in train again.”

Interviewing large samples of people who you have previously captured on video is not always practicable or affordable. A less expensive option in such situations is to use projective techniques, such as story boards, role playing or mood boards to encourage consumers to respond more instinctively to situations depicted in a hypothetical context. A third approach is to develop a hybrid method by combining classic observation-based research with projective techniques.

A good example of a hybrid tool is so-called double observation. This involves conducting field work to observe specific types of consumer behaviour, which can then be re-enacted in front of other consumers. Jon Chandler is managing director of Context Research International, which recently employed the technique in a project aimed at understanding impulse buying. “The ideal types that we depicted enabled the consumers to focus their comments on behaviour instead of engaging in post-rationalisation,” says Chandler. “It overcame the tendency that people have to become defensive when they are asked to talk about their own actions.”

Understanding consumer attitudes is, and will remain, a fundamentally important issue for brand marketers. Traditionally, advertisers have used shifts in attitudes to predict the likelihood of future behavioural change. In today’s world, however, there is a much greater readiness to accept that in many contexts, changes in behaviour precede and cause shifts in attitude.

“Market research should inspire and point the way forward,” says Ian Robinson, board director responsible for Insight@tmw, the strategic planning arm of the direct marketing agency, TMW. “As a client I want to employ agencies that are innovative; but I have to be convinced that the tools they are proposing are right for the target market and have an internal logic.”

To understand the full range of influences on consumer behaviour, agencies must adopt an eclectic approach to research. While resorting automatically to a few tried and tested methods is clearly no longer an option, neither is it acceptable for agencies to experiment recklessly at their clients’ expense. In other words, to deliver value to their customers, agencies have to be competent in a broad range of approaches, and be skilled in knowing when, and when not, to employ them. These techniques will encompass both attitudinal tools – and alternative methodologies for explaining behaviour that operates below the level of conscious thought.