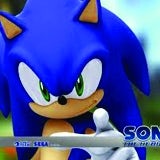 Names, birth dates, email addresses and encrypted passwords of users of Sega Pass online network members had been compromised, Sega said on Sunday, though data such as credit card numbers was safe.

“We are deeply sorry for causing trouble to our customers. We want to work on strengthening security,” a Sega spokeswoman told Reuters.

The cyber attack comes two months after several high-profile attacks on rival Sony Playstation in April. The breaches led to the theft of account data for more than 70 million customers, making it the largest ever hacking of data outside the financial services industry.