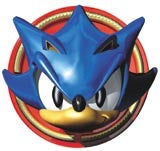 Sega of Europe has promoted Gary Knight to director of marketing following a reshuffle that has also resulted in the launch of a separate UK division.

Former director of marketing Matt Woodley has taken on the new worldwide role of creative director. Sales director Alan Pritchard has been promoted to managing director of the new UK unit.

Knight, who was previously head of European marketing, will oversee all marketing at Sega Europe, but UK marketing manager Tina Hicks will reportdirectly to Pritchard as UK managing director.

Knight says: “The UK and Europe were covered by the same people, but we have grown quickly. The UK is our biggest territory and having a separate UK division will give us extra focus.”

SegaÂwillÂalsoÂlaunchÂa dedicated mobile games division in the coming weeks to work with network operators and develop 3G content through its own portal.

The Japanese company has grown as a publishing force in Europe and the US in the past two years, having previously been a console producer.