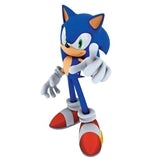 Japanese games brand Sega is rolling out a 1m-plus global repositioning initiative this autumn as it seeks to establish itself as the world’s number three games publisher.

New initiatives will include the development of mobile games, as it attempts to avoid overly relying on its heritage. It is investing heavily in development and acquisitions with the aim of becoming a top-three publisher, alongside Electronic Arts and Activision.

Sega says it will “consolidate its core strengths and heritage in the video games arena but then over the next few years, widen this vision to a broader entertainment positioning”.

“The Sega brand is a major asset and we will be working harder to shape what it stands for. We are in a period of rapid growth and investment, significantly expanding our product portfolio and our positioning needs to evolve and reflect this.”

Fledgling agency Frontroom, set up just over 18 months ago and whose clients include Disney TV Channel, John Frieda, Ben Sherman and Konami, is spearheading the assault. Frontroom managing partner Lau Glendinning says: “Sega has great heritage, but our task is to transform past nostalgia into a future-facing positioning.”

Woodley adds that the company is aiming to expand its market beyond core gamers, citing the success of Nintendo as a lesson to be learned. He says Sega is adopting the motto of “games for all” as it seeks to broaden its customer base. Sega’s heritage will stand it in good stead, he says, but admits the company cannot afford to rest on its laurels.