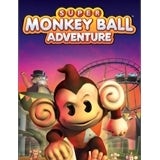 Sega has come back fighting for a top ranking in games publishing, but is it too much trapped in the past to be a major player? By Nathalie Kilby

Sega, one of the oldest brands in video games, is rolling out a global advertising campaign in an attempt to reposition itself as one of the world’s top games publishers. In recent years the brand has struggled, having moved out of console manufacturing in 2001 into games publishing alone. Many doubt that Sega can successfully dominate the world of games publishing, but others point to its past ability to win out above adversity.

It has certainly had a chequered past. Sega was established in 1940 as Service Games, which in 1965 merged with Rosen Enterprises. It launched its first games system in 1983 and, while Nintendo dominated the Japanese market, Sega became the leading brand in Europe. Despite a slump in the games industry as a whole during the 1980s, in 1989 Sega was second only to Nintendo in the world video games market.

But a little over a decade later in 2001, following the entry of Sony and its PlayStation console, Sega decided to bow out of the console market as sales of its Dreamcast system nosedived. Five years on and Sega, now Sega Sammy Holdings, is struggling to recreate its past glories, but the company is confident its gaming heritage will stand it in good stead. Indeed, things are looking up: to the end of March this year, Sega Sammy Holdings said earnings jumped 30.9% to 66.2bn (314m) and operating profit increased 13.4% to 119.1bn (566m).

Sega European creative director Matt Woodley explains: “Sega has a fantastic heritage – one that is beyond the core gamer market. While the brand has suffered in the past, not least because of the failure of the Dreamcast console, most general consumers are not aware of that.”

Woodley believes Sega can use its heritage to its advantage, but not everyone is convinced. Value Engineers analyst Giles Lury says: “I wonder how much of a Sega brand there really is. It’s much like Universal Studios: consumers know the name, but the real brands are those of the films Universal makes. Very few media companies succeed in building a brand name that means anything. Plus, the only icon associated with Sega is Sonic the Hedgehog.” Sonic has been revamped and updated, with new games for Nintendo’s DS being rolled out, and games industry observer Gareth Garrey says: “There is huge awareness of Sega and Sonic, but mainly among older generations of gamers. Sega is a brand that instinctively feels as if it has had better days.”

Woodley is adamant the strength of Sega’s brand will help it succeed: “Sega faces a challenge, but it is not impossible. We must reinvent ourselves and innovate. We are broadening our customer base beyond pure gamers. Our motto is ‘gaming for all’ and we will help to expand the market. Nintendo has innovated both in terms of games and console concepts and we can learn lessons from its strategy. It is a company to be admired.”

Dawn Paine, marketing chief at Nintendo UK, which recently announced a 6m war chest for marketing campaigns during the summer, says the company’s success has been built on innovation and agrees that if companies are to survive in the modern gaming environment, new concepts and extending the user base are key. “Games companies need to be skilled jugglers – to be able to keep the core gamers happy while broadening the market.”

Woodley agrees innovation and “hit games” are essential but says the Sega brand will be at the heart of Sega’s global repositioning: “There is a fondness for Sega, but we can’t rest on our laurels. We need to make it a dynamic brand.”

Lau Glendinning, managing partner at Frontroom – the agency working on the Sega repositioning – says the brand will be “the glue” that holds the games together: brands in the world, but too few consumers know what it stands for. We must turn existing fondness and nostalgia into a future-facing posioning.”

But Garrey points to the fact that Atari unsuccessfully counted on nostalgia for “retro” gaming brands, saying: “Nostalgia is not enough.” But Woodley says Sega will succeed where others have failed because it has money to invest, a long-term vision and a commitment to innovative game play, particularly in the mobile market.

As Sega aims to move to another level as a top three games publisher, next-generation gaming could prove the lifeline it needs. Garrey concludes: “Sega was known among gamers for its graphics and gameplay. It needs to build on this if it is to succeed.”

1989 Mega Drive (aka Genesis) launched with Sonic as its mascot

1994 Sega Neptune console launches. The high price is criticised but the console is well-received among gamers

1998 Sega Dreamcast is rolled out. It becomes the fastest-selling video games console until the launch of Sony’s PlayStation 2 – one of the reasons Sega decides to discontinue the Dreamcast

2001 Sega bows out of home consoles