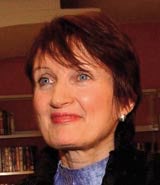 The BBC cannot use the licence fee to subsidise commercial services and must sell badly performing or inefficient businesses under the corporation’s new ten-year royal charter, presented to Parliament yesterday (Tuesday).

The white paper confirmed Government plans to retain the licence fee to fund the BBC although the corporation has also been told to provide a large part of its funding through “self-help” measures such as improving licence fee collection rates and boosting commercial revenue schemes.

However, culture secretary Tessa Jowell also made clear that the licence fee model will be reviewed during the forthcoming charter period, which runs from January next year to December 2016.

As part of the licence fee settlement, yet to be finalised but due to come in to force in April 2007, the BBC is expected to give Channel 4 financial help with its digital plans. The BBC board of governors structure will be abolished and replaced with a BBC trust and separate executive board, as previously mooted. The trust will issue licences to the board for running separate BBC services, while the media watchdog, Ofcom, would provide market impact assessments.

“The BBC white paper sets out a unique solution, for a unique organisation, in a unique set of circumstances – a genuine public service for all in the digital age,” said Jowell.

But the Tory party criticised the government for “missed opportunities” in a paper it said differed little from the green paper presented in March 2005. Shadow culture secretary Hugo Swire also reiterated concerns that the BBC – and by extension licence fee payers – were being used to fund digital switch-over. He told assembled members of parliament: “Isn’t it the case that the government is using the charter renewal as a Trojan Horse to pay for digital TV?”

He called the white paper “a missed opportunity” for regulations, reinforcing public confidence in the broadcaster; for providing a level playing field with the commercial sector; and for giving licence fee payers value for money. Swire also believes Ofcom’s role should have been extended to cover the BBC in the same way as its commercial rivals.