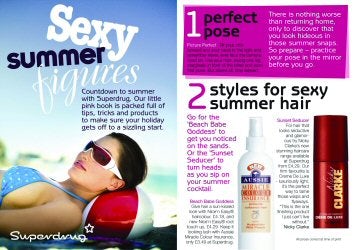 Many marketers will be breathing a sigh of relief that Christmas is over, for a dramatic increase in sales and marketing activity is all too often accompanied by an increase in headaches. For example, two yuletide promotional offers from toy store Hamleys and off-licence Threshers (MW January 4) had parallels with the Hoover free-flights fiasco. Hamleys ran an online discount campaign that resulted in consumers flocking to its website to cash in on a technical glitch and snap up toys at huge discounts. Meanwhile, Threshers’ christmas discount vouchers offering 40% off up to £500 of wine had, apparently, only been intended for a select group of suppliers, but by December 10 well over a million vouchers were said to have been downloaded. At least one newspaper compounded the effects by making the voucher available on its website.

Clever or Crass
As the alcohol retailer saw a 60% uplift in sales, some consider that the campaign may have been a well-planned stunt, but others believe the Threshers offer an example of crass marketing. The Institute of Sales Promotion (ISP) director general Edwin Mutton says: “Like Hoover before them, they’ve paid for their own stupidity in terms of not covering the basics. Everyone knows that if you put an offer on the internet, it’s capable of being copied. They should have encrypted a barcode, for instance, so the same voucher could not be reused.”

Independently, the ISP has launched a campaign to tackle the problem of coupon misredemption. It is too easy for consumers to have coupons accepted at the checkout, it says, when they have not bought the product (MW September 20). Mutton paints a dramatic picture: “Quite simply, we are losing the coupon mechanic. Once it gets to the point of no return, people will stop using them.”

Progress can only be made with the co-operation of retailers, says the ISP. To this end, it aims to work with grocery chains initially on short-term strategies to cope with the problem, and then on longer-term system-based changes, including point-of-sale scanning.

While the ISP lays the problem at the door of the retailer, the implication is that the “petty theft” perpetrated by the consumer is ultimately doing the damage. “In the US there is virtually no misredemption,” says Mutton. “People just don’t think about handing in the coupon if they haven’t bought the goods.”

But for many, consumer cynicism begins with the brands themselves. That is not to suggest that pricing and promotional policies encourage dishonesty, but we are continually being taught lessons in opportunism by a range of brands.

Margot Parker, European spokeswoman for the British Promotional Merchandise Association (BPMA), points to the example of banks, credit card issuers and other finance companies. “They can be cynical animals,” she claims. Of promotional interest rates, printed cheques as direct mail and similar ploys she says: “They are clearly aimed at catching out those who are in a weak position and who might just respond.”

Grasping Culture
Parker extends her criticisms to buy-one-get-one-free (BOGOF) offers and similar promotions in the packaged goods sector. “Consumers have been conditioned to be greedy through offers, but without engendering any sort of brand loyalty,” she argues.

These offers tend to be more scatter-gun than sniper’s-bullet. Mutton describes BOGOFs as: “The lazy way.” He adds: “It doesn’t build brands – the more offers you do, the more you devalue your brand.” Consumers get so used to offers they stock up during one offer and wait for the next, he says.

In fact, Mutton gives short shrift to price promotions as a whole: “They offer you no option of addressing a particular market segment or demographic.”

A Place in the Sun
Nonetheless, agencies and brands still appreciate the way a promotion can generate interest. As Dave Lawrence, director of The Promotions Practice, puts it: “Volume or trial-driving initiatives can be good for new brands. They can be a platform for building loyalty, but they can’t be reasons for it in their own right.”

For Tamara Gillan, managing director of SPF 15, the very least a retailer or brand can do is monitor the impact that a promotion has on consumer behaviour. But increasingly, agencies are tying promotions into more complex campaigns.

A recent example was SPF 15 campaign for Superdrug last summer aimed at mums and single women under 35.

“Superdrug Summer” used incentives such as 10% discounts and sample bags, with a value of £8, to attract the target set of shoppers. And according to Gillan, the deal was a transparent one: “We were saying, if you come and talk to us and give us your data, this is what you’ll get in return.” The campaign was especially effective, the agency argues, because it targeted women in the run-up to a holiday.

Gillan calls SPF 15 a “mindset marketing”, rather than “promotional”, agency. The point is often made that agencies today rarely use the term “promotional”•to define themselves. •But, The Promotions Practice came into being just three months ago, not only defining itself as “promotional”, but using the term in its name. Lawrence argues that consumer cynicism and media fragmentation are making advertising less effective, while promotions can make a valuable contribution to an integrated brand-building campaign.

Buying the Strategy
He says that price promotions are too rarely used strategically. “Of course, they can have a high impact on purchase decisions, but their real value is in the strategic opportunity they offer.”

For Lawrence, the digital dimension is the one which offers the greatest potential. “Use promotions as a platform to convert people, and digital as a means of sustaining and building that relationship,” he advises.

Relationship-building has to be a primary objective. Of retailer loyalty schemes, Gillan says: “If they don’t communicate, and there are no targeted offers, they end up not knowing who their consumers are.” Even where a points scheme is generally acknowledged to be generous, as in the case of Boots, the element of genuine loyalty will only be as strong as the communications which sustain it.

Naturally, digital links can have a leading role in getting consumers excited and involved. Even Mutton at the ISP admits: “What the Threshers case does demonstrate is the power of some of these tools, especially the internet. If you want to launch a product, for instance, post an offer on the Web and ask people to pass it on.”

The jury may still be out on whether the Thresher campaign was really an astute piece of viral marketing, but even so, there are other, probably cheaper, ways to engage with consumers and ensure your brand is talked about. At the end of last year, one favourite topic of conversation (at least among marketers) was the Innocent “Supergran” campaign that has been running for several years. Volunteers knit small woolly hats for the brand’s bottles and each sale generates 50p for Age Concern.

Nick Elsom, director of integrated direct agency Flamethrower, says: “The reason this was so strong is that it wasn’t overtly sales-led. It’s about saying, ‘We know our customers and what will appeal to them’. Even a tactical promotion like this can work when it’s part of the brand DNA.”

Lawrence believes the Innocent activity went beyond a mere tactical fix. In the invitation to join the Innocent “family”, he sees the communications and relationship marketing element which, he says, has longer-term value.

Promotional Positioning
So what of less established brands, where even the genetic makeup may be uncertain? Here, too, it seems that promotions can have a place in the exploratory marketing mix. Flamethrower has been working with Scottish Courage promoting St Petersburg-brewed beer Baltica. This activity included sampling, and drinkers who like the brew are invited to visit the website, where they can enter a draw for gifts – including a year’s supply of the beer. Consumer feedback is helping to shape the positioning which, Elsom admits, the brand is still searching for.

Perhaps the blunt tool of sales promotions can help shape those associations – hasn’t the Threshers campaign left us wondering if the retailer is absurdly overgenerous, dangerously inept or simply devilishly shrewd?

The Direct Marketing Association (DMA) has appointed Rosemary Smith as chairman to succeed Charles Ping, who has stepped down following the completion of his two-year term. Smith, who is managing director of RSA Direct, has been deputy chairman for the last two years. David Metcalfe, head of wholesale banking development at Lloyds TSB Scotland and […]

ZenithOptimedia is understood to have won the 580m Fox Filmed Entertainment global media planning and buying account after a two-way pitch against MindShare. It is thought that Vizeum was knocked out of the pitch at an earlier stage.

Singer Christina Aguilera is launching into the celebrity fragrance market after signing a licensing deal with personal care company Procter & Gamble (P&G). It is due to be launched towards the end of this year. The deal is part of an aggressive growth strategy for P&G’s Prestige Products division. It is understood to be its […]