Two TV spots, created by agency The Corner, will air on Friday (23 January). The ads play on the 1970s hit Black Betty by suggesting that certain gambling habits, such as betting more than you can afford or betting when angry, are a “Bad Betty”, a phrase the group hopes will translate into social conversations with the hashtag #badbetty.

The campaign revolves around five “tips” developed by the group, which suggest that gamblers should set limits at the start, bet only what they can afford, never chase losses, refrain from betting when angry and never put betting before their mates.

With one spot set in a gambling shop and the other set at home, the ads attempt to add a level of humour and entertainment to realistic scenarios in order be powerful without being “preachy”, according to the group.

The campaign is part of the group’s commitment to promote responsible gambling in response to scrutiny in recent years from pressure groups and politicians who have expressed concern surrounding the damages of gambling advertising, particularly during live sports matches.

Neil Simpson, founding partner of The Corner, told Marketing Week: “This is a high-profile subject – it’s a political football. We wanted the ads to be entertaining, but also to drive cut through by delivering a serious message and giving young men empowerment to spot the signs of problem gambling on their own terms.”

The £2m campaign is the next stage of the commitment made by the group when it was founded in September 2014.

In the fall, the four founders signed an open letter in the national press pledging to prohibit pre-watershed TV ads containing free bet and money offers and committing to stop advertising gaming machines in shop windows, commitments the group claims to have met so far.

They also promised to more prominently display responsible gambling messages within all advertising, a pledge that was recognised with the kick-off of the “When the fun stops, stop” tagline which has been included in all marketing efforts by the founding companies since the beginning of January and will be the overarching tagline of the new campaign.

The group’s pledge to appoint an independent standards commissioner to monitor and enforce commitments was also met as Wanda Goldwag was introduced into the role this week.

Despite its efforts to inspire change, the Senet Group has been criticized for allowing those who dominate the gambling market to define what constitutes “responsible gambling”.

Goldwag told Marketing Week: “It’s a balance issue – people can enjoy gambling and have fun, but it’s about getting them to take a pause when it stops being fun.”

However, she has set out a promise to speak to both those who support the group and those who are against it about their concerns, adding that the group is currently looking for new members.

“During election time we want to be seen as a responsible industry, but this campaign is aimed at the public rather than politicians,” she added.

The TV campaign will be supported by digital, radio and print, while the commercials will air during major sporting events.

This month saw the launch of The Senet Group, a self-regulatory body founded by Ladbrokes, Paddy Power, William Hill and Coral, that aims to promote “responsible gambling standards”. 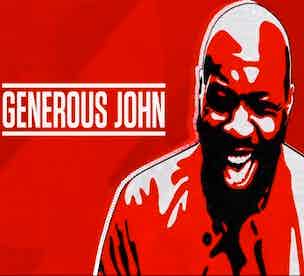 Four of the UK’s biggest bookmakers have pledged to stop advertising start-up offers before the watershed and commit a fifth of their shop window space to responsible gambling ads in a move that will see the creation of a new self regulatory body setup to quell concern from politicians and the public about levels of excessive gambling. 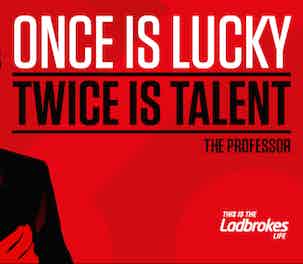 Two Ladbrokes poster ads have been banned by the ad watchdog, which ruled that if the outdoor element was viewed in isolation of the bookmaker’s wider TV and digital push, they could “condone an irresponsible attitude to gambling”.