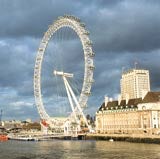 London has always been a popular choice for business travellers. It was voted Europe’s best city for business by the European Cities Monitor 2004 – the 15th consecutive year it has won this accolade – and it is estimated that almost half of these business visitors return as tourists.

The capital is almost unrivalled in the choice of corporate event venues that it offers – from the largest convention centres to museums, vaults, galleries, ships, historic buildings and chic, boutique hotels. Excellent domestic and international transport links and venues to suit any taste or budget mean that London’s event market is now worth about £3.5bn.

Choosing the right venue, in terms of location, setting, style and mood, can make the difference between a successful event and a failed one. Whether trying to communicate a corporate message to employees, impress potential partners and customers or create the “wow” factor for a new product launch, the right venue can make a dramatic impact on the target audience.

The spice of life

“London offers an infinite variety of venues, from private penthouses and five-star hotel ballrooms to riverboats and purpose-built conference centres,” explains Sarah Mayfield, manager at VisitEngland – the parent organisation of VisitLondon – which was set up to promote English tourism and business.

One of the biggest problems event organisers face is in deciding on which of London’s many venues is right for them. “There is such a wide variety of venues that it’s sometimes difficult to know what to look for. London has so much to offer, at such a wide range of prices,” says Mayfield.

For many, budget will drive the decision. “You need to start with how much money you’ve got, and then ask: ‘What is the objective. Who do we want to target and impress? What is our message?’ Only then can you talk about the venue because it will be used to enhance your message,” says Anne Stanton, venue research manager at events marketing agency the George P Johnson Company (GPJ)

From there, venue choice will be dictated by location, size of target audience, transport links, the proximity of overnight accommodation (if required) and type of event – for instance, are there adjoining rooms near to the main conference hall for holding breakout sessions for 100 people?

“Each event will have its own checklist,” agrees Nick Porter, managing director at event management company Fresh Events. “If people are travelling from afar, you can’t expect them to travel the same day and start at 8am – you need to provide accommodation.”

This checklist can then be used to narrow down London’s bewildering array of venues. Perhaps the most obvious choice for an event is a hotel. Large hotel chains, such as The Grand, The Guoman Hotels, Hilton Metropole and Intercontinental, can cater for large conferences, as well as providing overnight accommodation for hundreds of guests. The Park Lane and Heathrow “strips”, meanwhile, are convenient for central London or international meetings respectively.

New additions are also springing up. The Cumberland Hotel, which opened late last year, has more than 900 rooms, plus excellent meeting space, while the four-star Riverbank Plaza Hotel, on the South bank of the Thames, opened in April and provides 400 guest-rooms, conference facilities for 900 people and views across the river towards the Houses of Parliament.

For a more classical, traditional feel, venues such as the The Landmark, Mandarin Oriental and The Waldorf may be more appropriate, while boutique and small contemporary hotels offer a variety of event possibilities.

“The London hotel scene is fast becoming the hip place to be seen and lots of hotels are opening signature restaurants – which can add cachet or popular appeal to the hotel as an event venue,” says VisitEngland’s Mayfield.

However, if such decadence goes beyond your budget, there is a vast range of three-star hotels for smaller events catering for up to 350 guests. Rates start at about £1,500 a day, compared to £3,000 to £4,000 for a four-star hotel.

Melissa Trundley, venues manager for analyst company Informa Telecoms &amp; Media, says that hotels now offer a real alternative to more traditional halls. “The biggest difference between a hotel and a conference centre is perhaps capacity – hotels can generally cater for up to 400 people. This, coupled with ultra modern technology, has so far given conference centres an edge over hotels. However, most of the four- and five-star hotels have now upgraded and offer business centres, wireless internet, plasma screens and so on. There is certainly more of a homely feel in a hotel, and with technology updates the divide is negligible.”

But London has far more to offer than hotels and conference halls. Lecture theatres at locations such as the London School of Economics and the Royal Horticultural Society offer “value for money” facilities, while London’s numerous livery halls offer unusual and impressive banqueting halls in addition to conference facilities.

“A lot of people are looking for unusual venues,” says Mike Kershaw, managing director of Ultimate Experience, part of events management venture the Concerto Group. “London has lots of bars, restaurants and clubs, but people want venues that are a little unusual and fit in with the message they want to get across. And this is the challenge – matching venue to brand.”

For this reason, “white space” is also in demand. Impressive locations such as Fabric nightclub, the South Bank’s Vinopolis, The Bridge SE1 and the New Connaught Rooms all offer large “blank canvas” spaces in white halls that can be moulded into a particular mood or theme through the use of props and lighting, and leave a lasting impression on guests.

“If you’re trying to push a message or motivate people you can do different things with these spaces. For instance, you can create the look and feel of a retail store with merchandising and shelves for a retail client, or install a full ceiling-to-floor projector screen,” says Fresh Events’ Porter.

The River Thames, meanwhile, offers a perfect backdrop for venues such as The Globe, Tate Modern, the South Bank and the London Eye. It is even possible to hire a cruise boat for the day and evening for a conference. “We can hold conferences and exhibitions for between 50 and 350 people, depending on the boat, whether cruising up and down the river or fastened to a particular pier,” explains Woods River Cruises general manager Roger Bealey.

While London has something for everyone, perhaps the only perceived gap is at the very large events end of the market. ExCeL London near Canary Wharf, the Royal Festival Hall, Kensington Olympia, the QEII Centre, and Earl’s Court, for instance, cater for thousands of delegates, but there is nothing considered to be an international congress venue.

“When compared with Amsterdam, Barcelona, Berlin, Copenhagen and Paris, London does not have a really large congress facility. We do not have the ideal mix of facilities for events of 2,000 people and above,” explains GPJ’s Stanton.

However, by 2008 the situation should improve with the development of the Greenwich Millennium Dome and Battersea Power Station sites, including conference facilities, as well as huge stadia capable of holding tens of thousands of people. At the same time, with London’s Olympic bid gathering pace, the Mayoral Commission is performing feasibility studies for a new International Convention Centre.

When it comes to events in London, organisers are almost spoilt for choice. But with such a wide range available, it is important to stay focused on the objective. As Stanton says: “Delegates have to want to go there because the venue alone creates the right vibe. Location and message

London Venue Expo is a forum for event, meeting and conference planners, helping them to source new venues in London. There are more than 200 companies participating in the show and all exhibitors are based in central and Greater London.