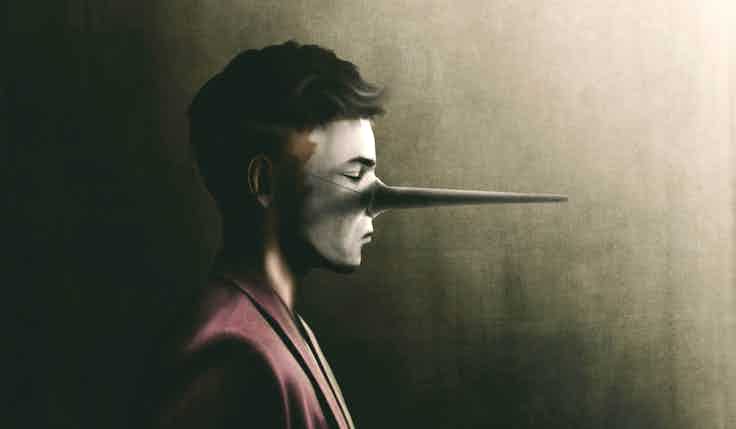 How many sexual partners have you had?

Okay, I wouldn’t expect you to divulge that information to a stranger. But would you spill the tea if you were asked as part of a national medical research programme? Perhaps you think you would – but evidence suggests otherwise.

The National Survey of Sexual Attitudes and Lifestyle (NATSAL) is conducted by UCL and the London School of Hygiene and Tropical Medicine. In 2010-12, the survey asked over 15,000 heterosexual adults how many partners they’d had. Women reported an average of 8 partners; men reported 12.

That’s a logical impossibility. Clearly, there was some fudging of the numbers.

You might assume that participants had stretched the truth simply because of the personal nature of the questions. And perhaps, to an extent, that is why they lied. But this survey is far from a unique example.

People do lie. We’re social animals, and it’s natural to want to please the person we’re talking to.

It’s a real problem for market researchers. Thankfully, behavioural science offers some excellent workarounds to get closer to the truth.

Commit to the truth

The first – and perhaps simplest – thing to do is ask people to commit to being honest before they answer any questions. It’s a technique that the legal system relies on. And several studies suggest that by making witnesses swear to tell the truth, the courts are on to something.

One example is a 2002 study by Dan Ariely from Duke University. For this experiment, participants were given a sheet of number puzzles and asked to complete as many as possible in a few minutes.

Ariely set up the study so that sometimes the papers were marked by a researcher. That meant there was no chance to cheat. In this setup, people solved on average 3.3 puzzles.

A second group were allowed to self-report their score with no supervision. The results among this group unsurprisingly jumped to 5.55.

Finally, Ariely recruited another group of people who also self-reported. But before providing their completion rate, they were reminded of their morality by agreeing to a statement about the study falling under the university’s honour system.

Ariely found that those who signed the pledge reported a score of just over three. In other words, the pledge had stopped them lying – even when they believed they wouldn’t be found out.

The study shows that people’s tendency to truthfulness is fluid. It can be easily nudged in the right direction. Simply including an early and prominent honesty reminder in your surveys can boost truthfulness.

If you’re not convinced a promise will be enough – why not let your participants know you’ll be checking up on them?

Another technique that psychology experimenters sometimes use to promote truthfulness is called the ‘bogus pipeline’. Participants are told they’ll be connected to a lie detector. The machine is not operational, but importantly, they believe it is. And they are more likely to give honest answers.

Many studies support this. In 1993, Neal Roese, from Northwestern University carried out a meta-analysis of 31 studies using the bogus pipeline. He found that the technique significantly boosted truthfulness.

But it’s a pretty extreme setup. Not many respondents would consent to being wired up to a polygraph.

The great thing about these experiments is you don’t have to apply them literally. Focus on the broad principle. If people think their answers will be assessed for honesty, they’ll be more truthful. So when you’re instructing your survey participants, emphasise that you’re planning to analyse the honesty of responses. The way you do this is up to you – it doesn’t even matter if this analysis is effective at detecting lies – the key thing is to let people know it’ll be happening.

What would others do?

One last way to get at the truth is to ask participants how they think other people would behave. It seems that we’re pretty good at estimating the actions of others.

Evidence for this approach comes from a 2000 study by Nicholas Eppley at the University of Chicago and David Dunning at Cornell.

A few weeks before a charity sale of daffodils, the researchers asked 251 students to predict whether they would buy a flower. Participants were also asked to make the prediction for their peers.

83% of students said they would buy a flower. But they estimated that only 56% of their peers would.

Three days after the fundraiser, the researchers asked the group how many daffodils they’d actually bought. It turned out that only 43% had bought a flower. The students had significantly overestimated their own generosity. However, their predictions of others’ actions were closer to reality. They had still overestimated, but to a much smaller degree.

This suggests that you may get nearer to the truth if you ask participants to comment on other people, rather than themselves. This may come down to our innate social nature – we want to give the ‘right’ answer about our own behaviour, whether or not it’s the truth. But we can be more honest about other people.

So, maybe next time you’re surveying customers – about sexual partners or otherwise – start by extracting a commitment to truthfulness, let them know their answers will be analysed, and consider asking them to answer on behalf of others. Patagonia has shown it is possible to grow a successful business with purpose at its core. It’s time other brands took a long hard look at how they run their company. 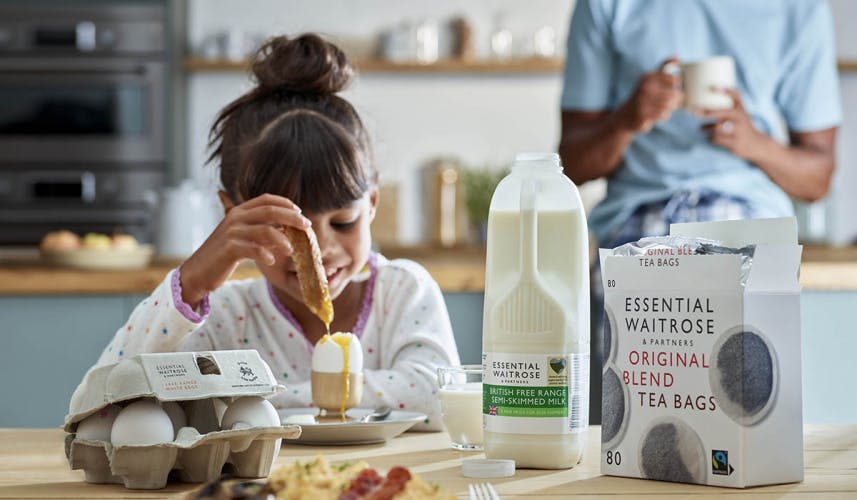 At the end of every week, I look at the key stories, offering my view on what they mean for you and the industry. From brands marking the Queen’s death to the need for socio-economic diversity in marketing, it’s been a busy week. Here is my take.