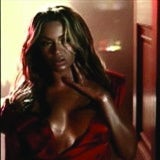 The ad for the singer’s own perfume brand, Beyoncé Heat, showed her lying naked in the middle of a room and then wearing a revealing red dress and caressing parts of her body while dancing seductively. It closed with a voiceover saying “Beyoncé Heat. The first fragrance, by Beyoncé.”

Some viewers complained that the ad was offensive while others said that it was unsuitable to be broadcast when children might be watching.

The company added that the ad was aimed at a vast selection of music programmes and was no less graphic than many music videos. In line with restrictions issued by broadcaster body Clearcast, Coty said that it was not shown immediately before, during or after children’s shows.

The Advertising Standards Authority said that in the context of marketing for perfume the ad was not offensive.

However, it noted that several complainants said that children had seen the ad around family programmes and that Beyoncé’s body movements and the camera’s focus “created a sexually provocative ad that was unsuitable to be seen by young children.”

The advertising watchdog said that campaign should have not been aired before 7.30pm and banned it from appearing again before that time.