Putting together a great viral can do wonders for a brand. Samsung’s “sheep” viral for its LED TVs got close to 12 million views on YouTube, whilecondom brand Trojan’s promotional video got 35 million hits. Whether they are simply TV ads put on a website or a specially designed campaign,virals can get brands talked about.

Although the success or failure of a viral is extremely difficult to predict, Goviral’s Viral Action Rate study analyses how many times a viral is passed on to another site or emailed. The agency has broken down the 600 million views all of its 260 campaigns have received on its own platform since 2008. From this, it has examined the proportion that got passed on via email, Twitter or were posted on YouTube or Facebook.

It then looked at how many times videos were passed on within UK sites and globally (see table, page 26).

The fact that people pass on viral videos to friends does not necessarily mean many more total views, reveals Goviral product director Nick Roveta. A higher pass-on rate means the message within the viral connects to a brand’s core audience, he claims. “We thought a higher viral action rate (VAR) would equal a high number of views, but that wasn’t the case. If the message relates to them, that is what they share.”

The two highest performing viral sectors globally are finance and business-to-business. Roveta says this is all to do with targeting. “B2B brands know exactly who they want to target – it might be a smaller population they want to reach, but the message is designed to reach that demographic. B2B had a higher VAR but a lower total number of views,” he says.

The electronics sector does well globally, and has the second highest VAR for the UK, at 5.1.

This is to do with the demographic of the people passing them on, suggests Roveta. “Campaigns generally target 18- to 34-year-olds, and perhaps they have more of a propensity to share the content.” Brands such as Philips, Sony and LG all perform well in this sector, he adds.

Fashion brands also do well in terms of people passing on viral campaigns. This is because the content tends to be more risqué. Diesel’s 30th birthday viral did well because it was “quite fun and controversial”, says Roveta.

But if a campaign isn’t passed on, it doesn’t mean that it won’t do well. “It is still possible to produce a good piece of content that does well in terms of total number of views, but perhaps didn’t have a high VAR,” says Roveta.

Brands that have broader reach or produce more generic content might get a higher passon rate. The car industry has 7.1 million total views globally, but a VAR of 5.3. This is due in part to the campaigns relying less on language, so they translate well everywhere.

“Automotive brands lead you through this amazing world of driving and the content tends to be strong and creative. It is similar to FMCG in that it is about reaching an audience as many times as possible. Content might be pushed to all sorts of sites so that brings the VAR down,” says Roveta.

“To achieve a high number of views, keep content to between 60 and 90 seconds. We find there is a higher drop-off rate the longer you go on.

Content should take 10 or 15 seconds to hook the viewer. There are so many opportunities for users to leave a site or find another video, so you need to think about quality not quantity,” he says.

A brand doesn’t need the highest viewing figures for the viral to be sent on to others. The sports sector’s virals only get 2.5 million views in the UK and 4.2 million globally, but the VAR scores are 3.9 and 6.3 respectively. This is affected by the wide variety of sports within the category, and the propensity of fans to share content, reports Roveta. “A football fan might see 10 videos a day, but because cricket or rugby is a more specialist audience amusing content in this area will spread well through the community.”

Ultimately, getting better pass-on rates means having a call to action within the viral, says Roveta. “I would advocate bringing in the brand message, not just a punchline at the end.

Encouraging users to share content with Facebook or to win something if they respond will really help.” And the best way is to be direct, says Roveta. “Tell the users what you want them to do and why they should do it.”

Head of marketing at Match.com

We view viral action as an outcome of a great campaign rather than as a tactic in itself. The lower figures for the UK’s VARs compared to the restof the world shows Britons are more cynical towards brands and their marketing.

If content doesn’t emotionally connect with people, they aren’t going to respond to it. As marketers, we need to make sure that w inspire our audiences to emotionally engage with our brands.

Our “Accidental Duet” campaign is a good example. We launched it just under two months ago and it has had 52,000 views on YouTube. We’ve also seen a number of very entertaining versions of our ad which people have made and posted on YouTube.

The VARs [for fashion] don’t really surprise me because there is such a wide variety of viral at the moment.

Our viral last year aimed to generate awareness of Brand Alley and we set ourselves a target of views rather than passing it on. We thought we’d be lucky if a handful of people passed it on.

We were conscious that whatever we did had to be very simple and understood in an instant so we used the Oxford Circus [diagonal pedestrian] crossing in London as a catwalk for body-painted models. Unless it’s brave and bold, people will not pass it on.

It’s very easy to think that you need to say everything about [a product] at the same time. But you need to have little pockets of concentration so people want to find out more.

Our viral targeted gamers and tried to overcome the misconceptions about projectors only being for large rooms, or having poor picture quality. We wanted to do it in a fun way so we featured a gamer using a projector and doing various stunts.

Our aim was to get 500,000 views. It is now at about 750,000. We got a response rate of over 2% in the first five days so as an advertising method it has potential, compared with banner ads, which have a clickthrough rate of about 0.15%.

A viral that stands out is one put together by VisitBlackpool, which allows people to put friends’ faces and names into a video, or their names as part of the illuminations.

Where a viral might fall down is when it is more about comedy than the brand itself. Topical, comical and personalised virals are the ones that work, but they must be part of a wider campaign.

Our launch TV campaign two years ago wasn’t intended to become a viral campaign – the whole thing with virals is you don’t know how things are going to fly. It was created for TV but it worked on YouTube as well.

The Female Factor is our main editorial initiative for this year. We were looking at relevant and effective ways that we could connect with women via social networks, and viral seemed a good way of doing that. It’s very relevant, it’s a good platform for getting your message across and it generates discussion.

We put a video together with our agency Karmarama and it created a channel on YouTube. Our target was 10,000 views, and we’ve had about 11,800 views.

We have to use all the channels available – YouTube and Facebook are important tools and obviously our goal is to find ways of introducing our content to people who would otherwise not be familiar with it. 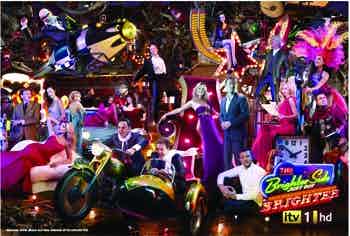 ITV has forecast a 22% rise in advertising revenue in the second quarter, which will be boosted by the World Cup. 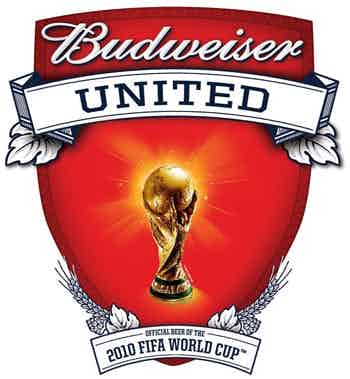 Lucozade is investing over £30m in marketing to cover the next 6 months across its extensive brand portfolio.