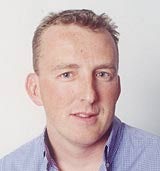 The Telegraph has boldly and rather sanctimoniously announced a significant reduction in its bulk sales policy (MW last week). From now on, the only bulk copies, announced Telegraph managing director Jeremy Deedes, will be “truly effective marketing copies”. This begs the question what were they doing with many of their bulk copies in the first place?

I believe the real trigger behind The Telegraph’s decision is that its circulation, for the first time since 1994, was going to dip below 1 million anyway, even including bulks. If this psychologically important, not to mention headline-grabbing, event was going to happen anyway, why not try to deflect the attention away and take the high ground by announcing this new policy on bulks?

Putting that reason aside, why shouldn’t newspapers review bulking policies? From a media buyer’s perspective, these figures have always been available and bulk copies have never been a valued element of circulation. Bulks are a good way for newspapers to get readers sampling them, but should not be paid for by advertisers. In theory, therefore, removing bulk copies should not have an impact on pricing. But, in reality, newspapers have always tried to include these copies in rates, so media buyers will try to push down ad prices.

Len Sanderson, managing director for Telegraph sales, is right when he says readership, not circulation, is the key, but it is the change of approach that will cause problems.

This initiative is clearly entwined with the broader debate about the value of newspapers and the best way of marketing them. In the popular market, the Daily Mirror continues to fight its idiotic price war, while at the other end of the spectrum, The Sunday Times seems to have sparked a revival of faith among quality titles about the value of the product and the brand by increasing price.

The Telegraph has, not surprisingly, cottoned on to this and put up its own cover price. Newspapers are clearly undervalued and upmarket readers are less price sensitive, so the new pricing strategy is to be welcomed. But The Sunday Times invested in an improved product at the same time as it increased its cover price, so what will the Telegraph do with the revenue it has freed up?

Over the past year we have seen promotional initiatives from surf festivals to music offers, all adding reader value and attracting a younger audience. Given that the cost of producing extra copies for bulk distribution is marginal, how much new promotional support can be generated from the costs saved by cutting these bulk copies?

The only way the Telegraph will persuade media buyers that nothing has been lost, and the only way it can live up to the hype of its announcement, is to show us what innovative approach it is taking to replace bulk sampling. In essence, show us what it is doing with actions, not words, to make a success, or otherwise, of this policy.

Invest in the brand, and agencies and advertisers will react positively; pocket the cash, and you’re in for a rough ride.

Olly Joyce is head of press at Optimedia UK